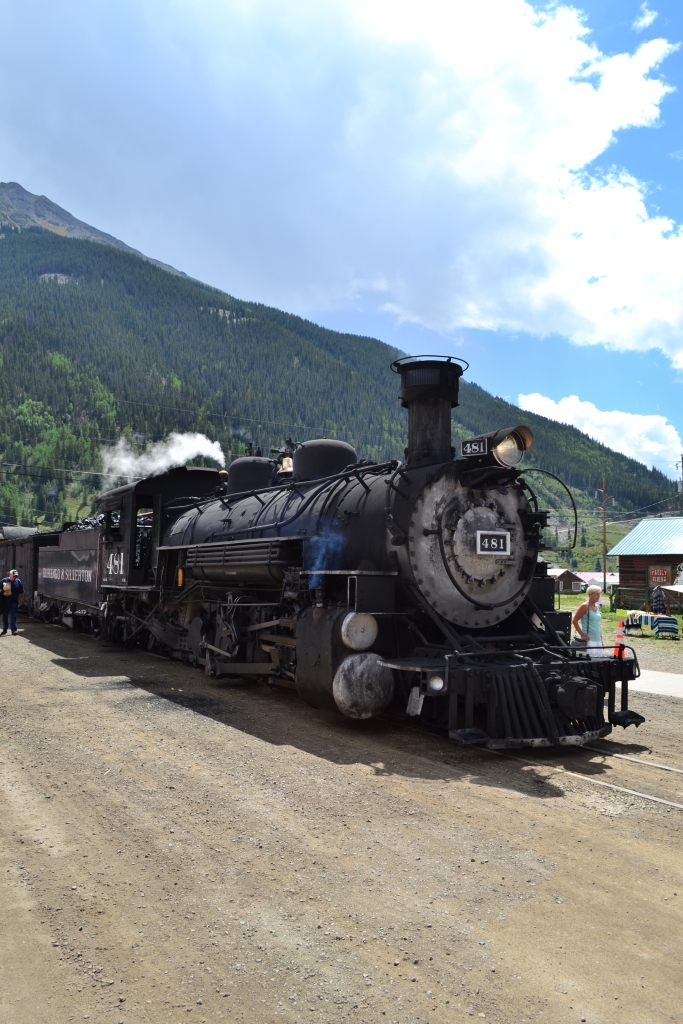 A few weeks ago, as part of our long journey to the wild southwestern side of the state, we took a ride on the famous Durango and Silverton Narrow Gauge Railroad. It’s somewhat of a Sandifer family tradition to travel to Durango and ride this all steam locomotive up to Silverton and way too many opportunities to follow this tradition have passed us by over the years.  For labor day weekend, it was our turn to relish in the rich history of these towns and the 45 miles of three foot narrow tracks that link them. Seen below is steam engine 481 that we rode. 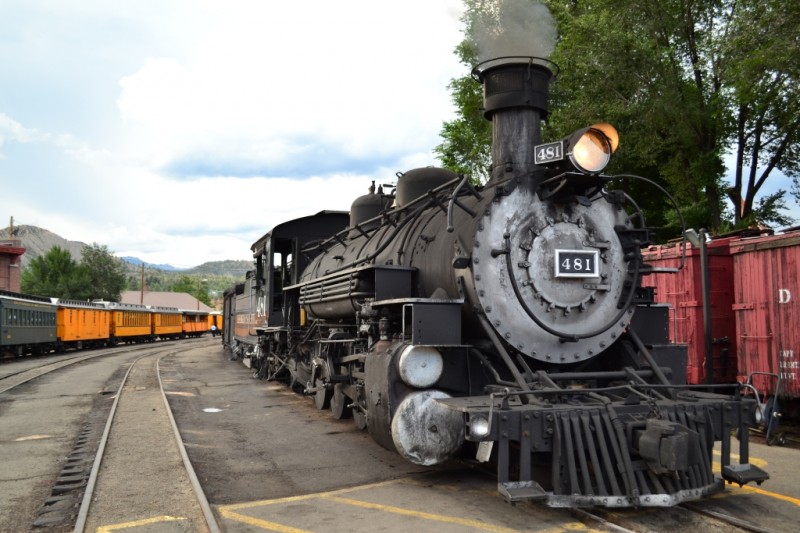 The railway was built in 1881 and has continuously run since then, first to carry miners and supplies up to search for gold and ore in the San Juan Mountains and now to carry travelers to visit these relics of the past. The locomotive we rode on this trip was built in the 1920s. We began our day bright and early and drove down to the original train station in Durango which was erected in 1882. The platform was a vibrant scene full of eager passengers ready to board the train. We picked up our tickets fairly easy considering the crowd and made our way to car number 21. Though there are many options to choose from for cars and seating while aboard, we opted for the open air gondola ride. Instead of being confined to the inside of a car, we wanted to feel the wind and be among the vibrant scenery. The train departed at 8:45 am sharp and we were off!

We were excited to get the right side of the train for the journey up in elevation. This side is known to get the best views first. From the moment we sat down on the train, it felt like we were going back in time. The conductor and train engineers were all in classic attire and graciously welcomed us onboard as well as meticulously checked and punched our tickets. The only thing that brought us back to reality was the introduction to the concession cart and the promise of bloody mary’s, pictures and souvenirs for a small fee. The train began slowly and we rolled through the town of Durango at a leisurely pace. The sun was just beginning to rise higher in the sky and warmed our cheeks as we gazed out at the Animas River. In the early part of the ride, we saw many people, parks, buildings, but despite the suburban setting, we also saw a large buck mule deer.

After the first 45 minutes of the ride, the train slowly snaked its way up into the mountains. As the train worked hard to gain power, we could feel the warm droplets of steam hit our skin from the engine. We also had to save our eyes from the constant flow of cinder and ash from the burning coal. If not careful, eyes can be burned very easily.  Seen below are photos from the train as we began to climb into the mountains. Notice the powerful steam released from the engine as we gained speed! 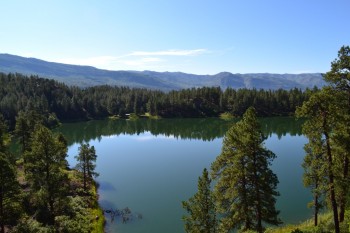 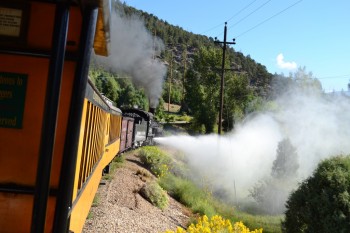 The ride became amazing at this point. We kept climbing higher and higher. Overall, the train gains over 3,000 feet in elevation in those mere 45 miles to Silverton. As we climbed, the Animas River to our right became much smaller. And then we noticed that our proximity to the edge of a cliff became closer. The “narrow” gauge railway fits its name in more ways than one, narrowly creeping along the edge of a precipitous cliff face. Though scary, it made for the most exciting part of the ride. As we looked over the edge of the car, we could seen hundreds of feet below us. The train also makes a large curve at this point and allowed us to see the front of the steam engine and the old wooden bridge we had to cross. Seen below are photos of the cliff climb. 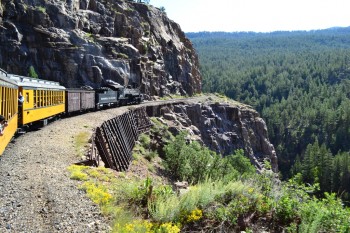 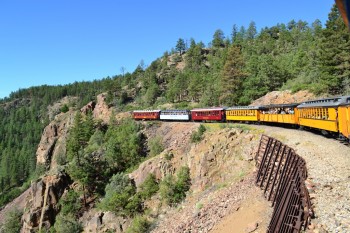 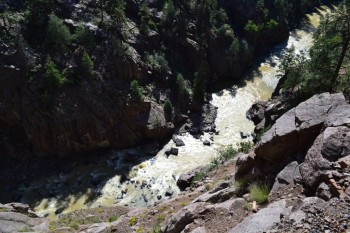 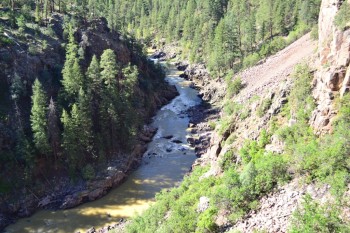 After crossing the narrow bridge and in and out of tunnels blasted out of rock, brilliant views of the San Juan Mountains emerged. We made a few stops along this portion of the route. Once to fill up with gallons and gallons of water to allow us to reach Silverton and twice to let hikers off and pick up hikers. One of the most famous spots was the Needleton stop. Tons of backpackers hopped off at this stop to hike to the famous Chicago Basin and tackle a variety of San Juan summits (14ers) in the area. Next time, that is our plan. Seen below are the Needles Mountains and the bluebird sky that stayed with us for the first half of the trip. 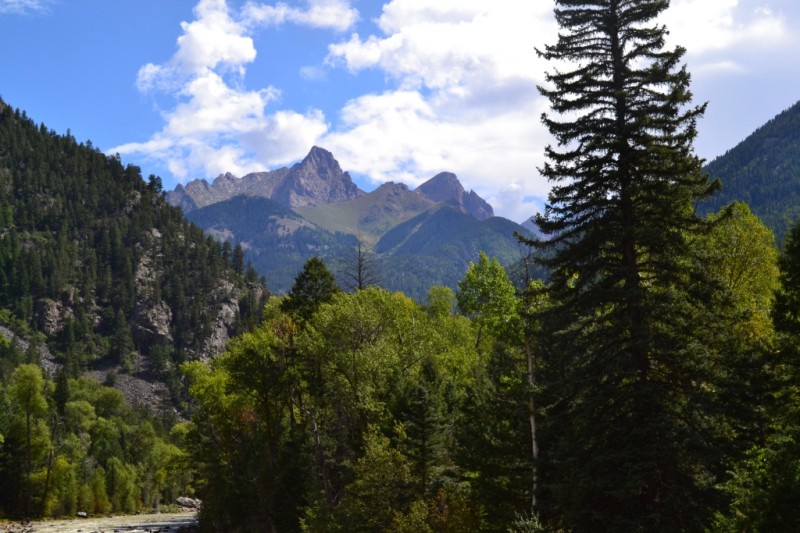 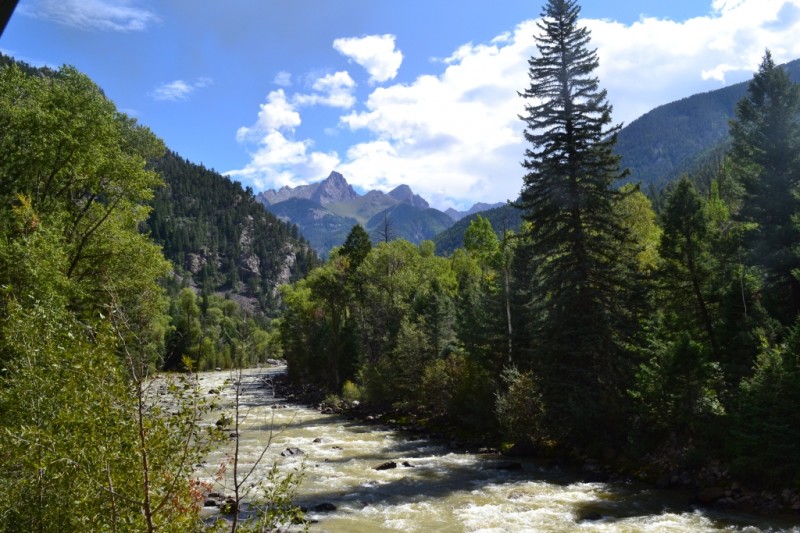 The Animas River also followed us throughout the train ride. We ended up crossing it 5 times as the rail tracks snaked in and out of the river’s path. The river was not as crisp and clear as we had originally imagined it to be, but rather appeared more wild and muddy. Nonetheless, it’s power and beauty was a highlight of our trip on the DSNGR. As we approached Silverton in the last 20 min of the ride up, it began to rain on us. While some sought shelter in the covered cabs, we welcomed the cool, rain as it did become pretty warm in the sun exposure outside. Amid the steady rain, we caught glimpses of waterfalls in the background of the river. Seen below are photos of the waterfalls and the quaint town of Silverton. 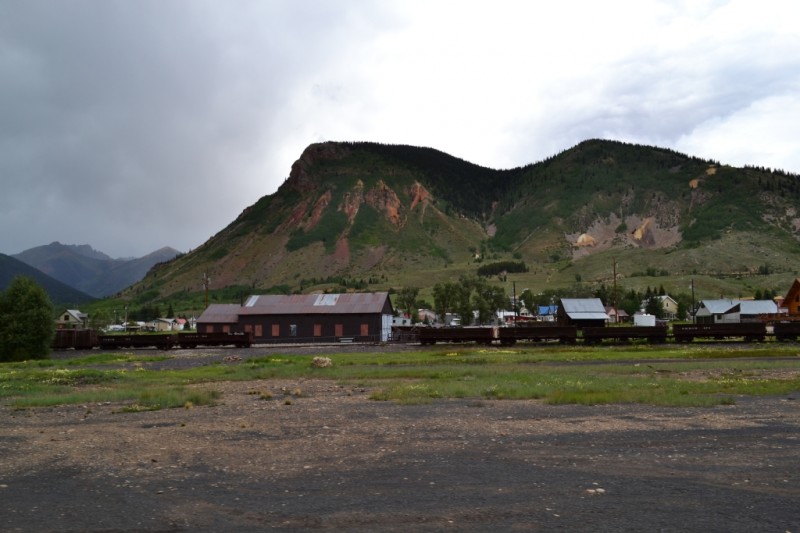 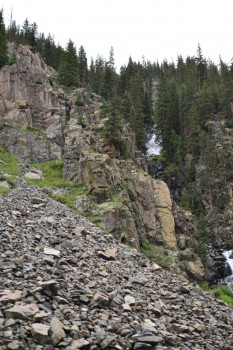 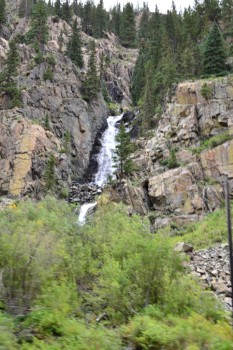 After about 3 hours and 45 minutes, old 481 rolled into Silverton just a block from main street. The tracks appear to just run out in the middle of the street in town. We kind of wished that we had stuck around to see how the train turns its self back around to head back to Durango. When we returned to the train for our trip back, it was already positioned south ready to go. The train trip allows for a 2 hour stop in town to enjoy lunch and some shopping. After a bit of wandering around we stopped in The Pickle Barrel to enjoy some soups and wraps and then shopped a bit around town. The two hours we stopped were all too brief and in a short time, we had to head back. However, we returned to town a second time on this trip after exploring a ghost town that we’ll share later. Silverton is a unique, history rich town still exuding its mining rich heritage.  Seen below are photos of the train stop in Silverton. 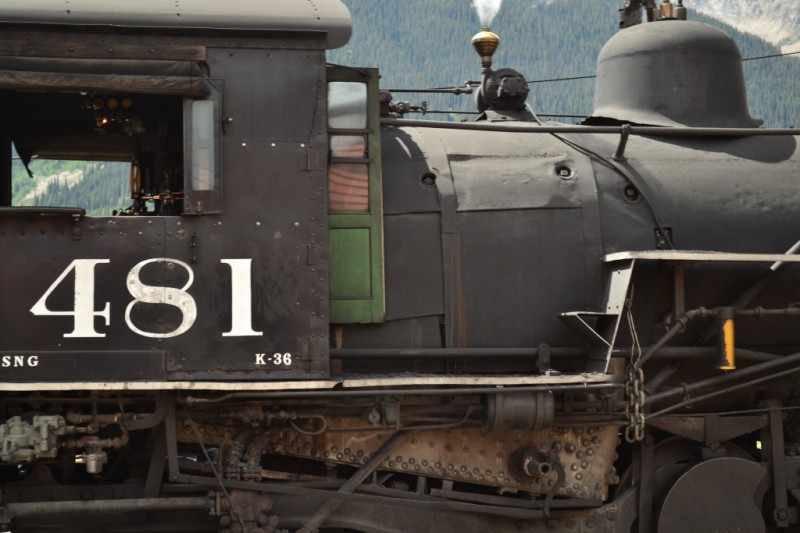 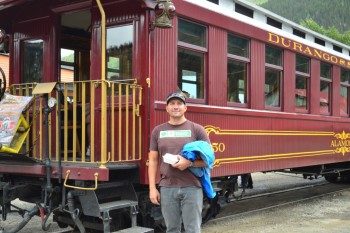 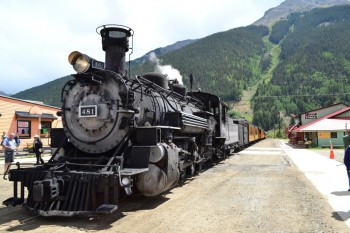 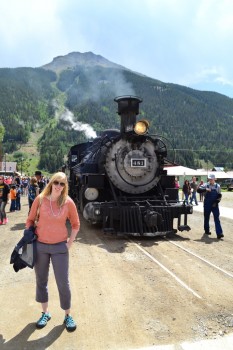 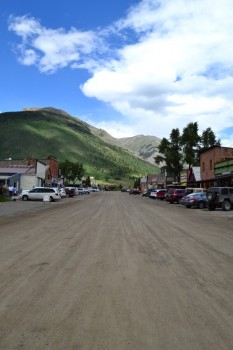 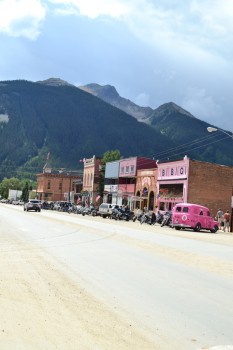 The train ride back was long but still an enjoyable experience. A lot of the passengers that rode up with us decided to take the bus back so we had more of the train to ourselves. Plus, since we looking west this time, all the views were different and unique. We got to witness views of the Animas that we missed the time before as well as Tacoma Power Plant (hydroelectric). This plant was built in 1906 and originally supplied power for Silverton mine operating projects. It is still operational today providing renewable energy for many in the area. Though we didn’t get a photo, the vintage plant in the middle of the wilderness provides a unique perspective. 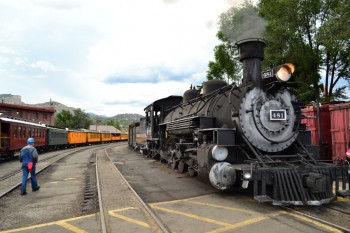 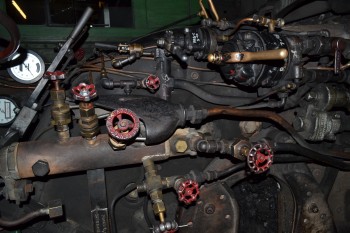 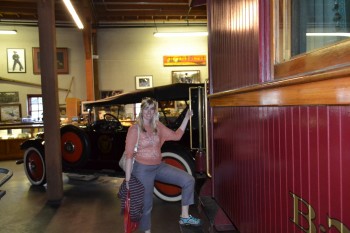 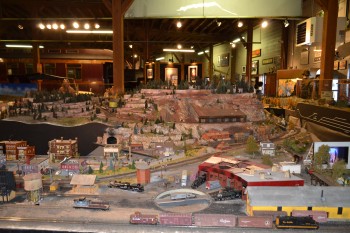 Once back at the train station we took a few more glances — and pictures — of the train and engine and then went into the train museum (which is free with train tickets). The museum was really cool. It had a large collection of miniature figurines, historical firearms, a large model railroad, two large real life steam engines, four historical automobiles, and an old airplane! A very diverse collect. All the objects were well documents and the staff were friendly. When we walked back outside the train was gone and the station felt very empty. The day of trains had definitely come to an end. Above are some images from the end of our ride and the museum.