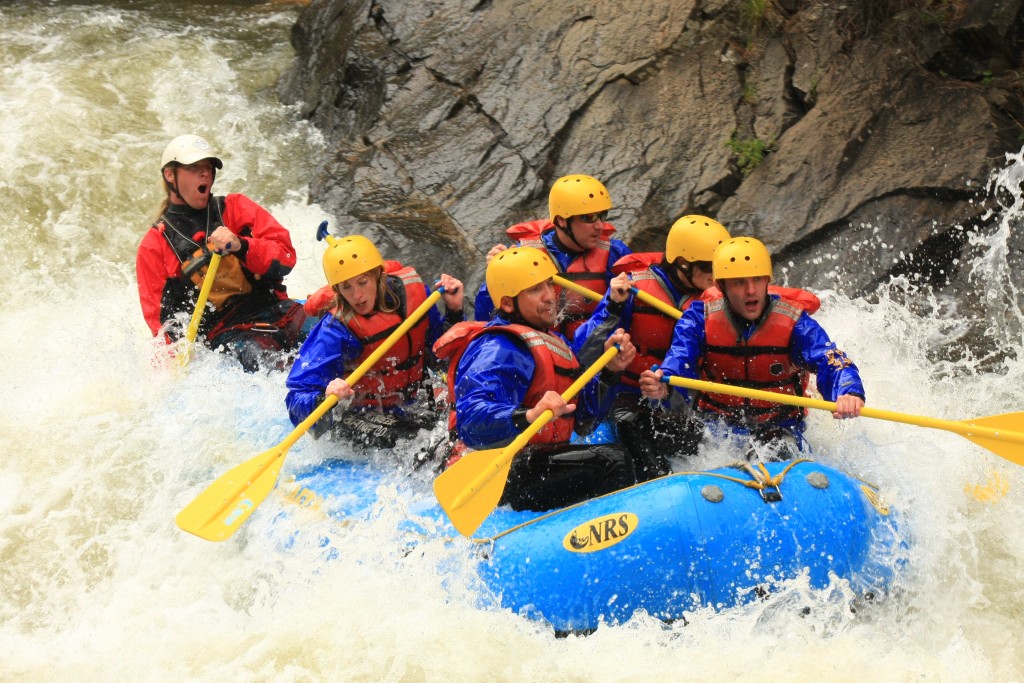 Though not a walk in the traditional sense, one of our many excursions this weekend included a wild ride through class III, IV and IV+ rapids on Clear Creek in Idaho Springs Colorado. In honor of sibling Will’s graduation, we embarked this Sunday late morning on an advanced half day trip through the high, swift, arctic water of Clear Creek. Though the morning held promise of warmth from the sun, early afternoon gave way to clouds and light rain and a coldness that made us thankful for our wetsuits. We were informed that the water was a chilling 34 degrees. At Clear Creek Rafting Co. outpost, we were given a brief safety lesson, suited up and made to do a few practice maneuvers before hauling the raft into the creek.

The first two miles of the advanced excursion were a mere warm-up for what lay ahead. During this time, we practiced forward and backward paddling as a group and chatted while enjoying the scenery. Shortly after we tackled our first challenges, Upper and Lower Beaver Falls which were class III-IV rapids. White water rushed over us as we descended over the falls. Photos of the group on the first falls can be seen below. Thomas and Allyson are on the left and Will is in the front right. All pictures in this post were taken by Clear Creek Rafting Co. 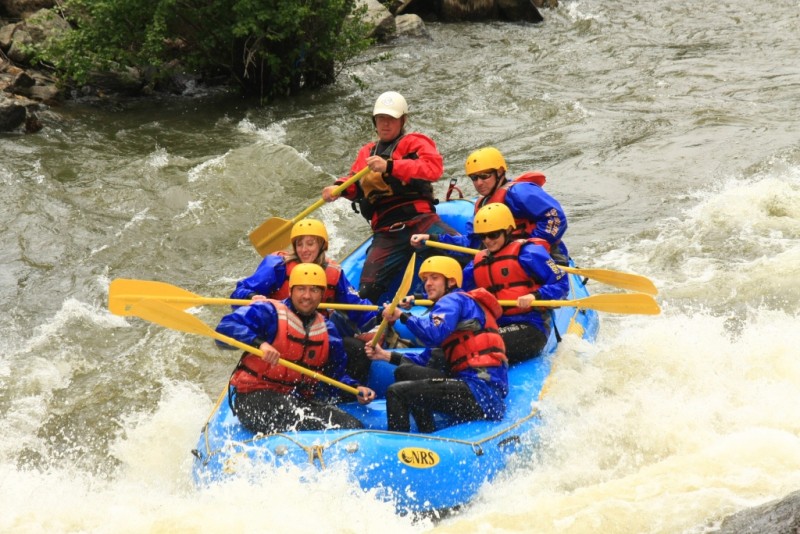 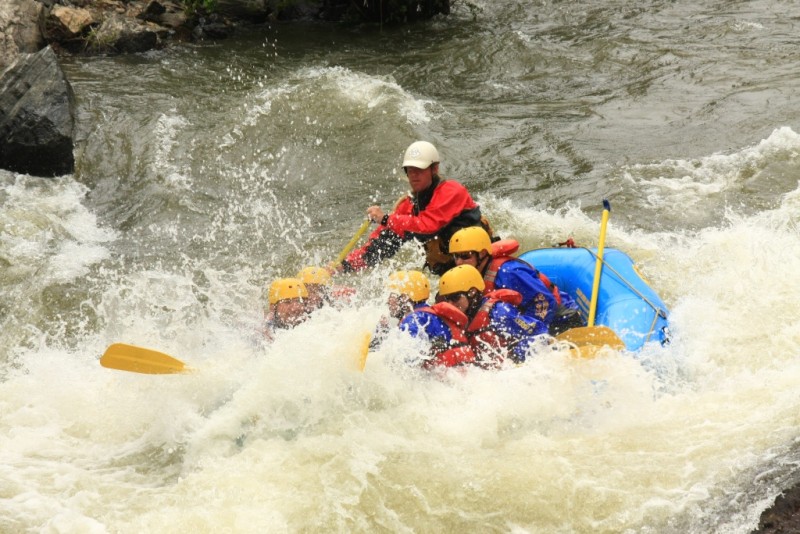 From there, we continued through some more Class III rapids and plenty of boogie water before getting to the really challenging stuff. And that’s when things got interesting. As we approached the mile of continuous rapids including Hell’s Corner, Ejector, Horrendous Left Turn, and  Double Knife, somehow the group became out of sync and we plummeted into a giant boulder which was just submerged. The force of the rapid pushing us into the rock ejected Will from the raft into swirling icy water and powerful rapids. While he made a reach for the raft, it was too far and the water quickly swept him away downstream. We were all terrified. Our guide screamed for him to swim as hard and as fast as he could to the left bank. He grabbed for a few tree branches hanging off the shoreline, but a few broke before he maintained a good hold. We all watched helplessly from the rock as he struggled to pull himself ashore. Finally he made it and was instructed to hike back up the rocky and vegetation filled bank to near where we were with the raft. Though in a little pain, Will made the four foot leap from the shore back into the raft. We were then dislocated from the rock and thrust right back into the wicked white water. Seen below are photos following the incident once we had gotten back on track with our teamwork. Hopefully you can grasp the intensity of the water from the expressions on our faces as well as the guide. 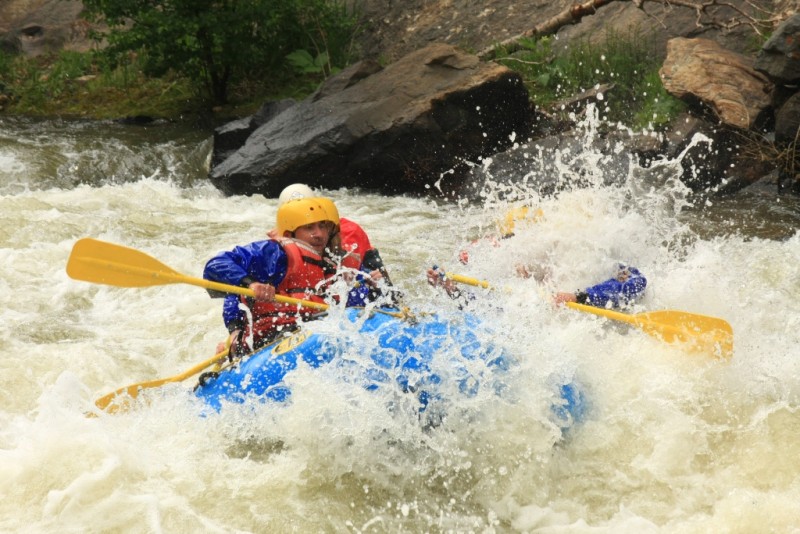 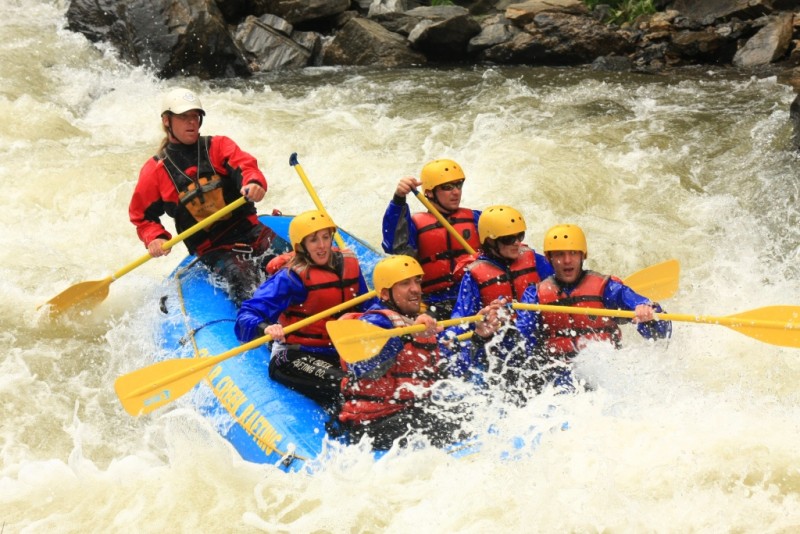 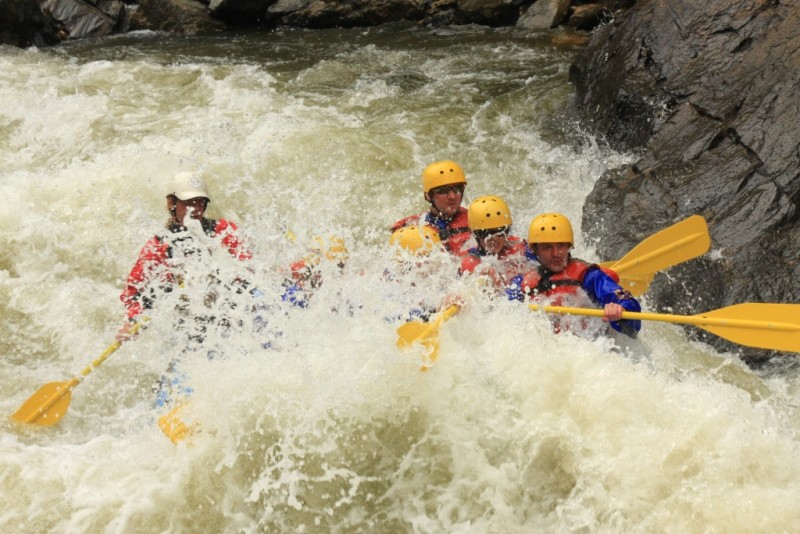 The rest of the trip ended with terminator and corkscrew rapids which were quite intense. Nonetheless, we all remained in the raft. We ended the adventure well and were picked up by the company van which drove us about 15 min back to the outpost. By this time, our arms and backs were tired and our feet and hands numb. Though the trip was quite exciting, we were thrilled to get out of our cold wetsuits. In total, we ran about 9 miles of the river in about an hour due to the swiftness of the water during this time. We highly recommend checking this trip out.