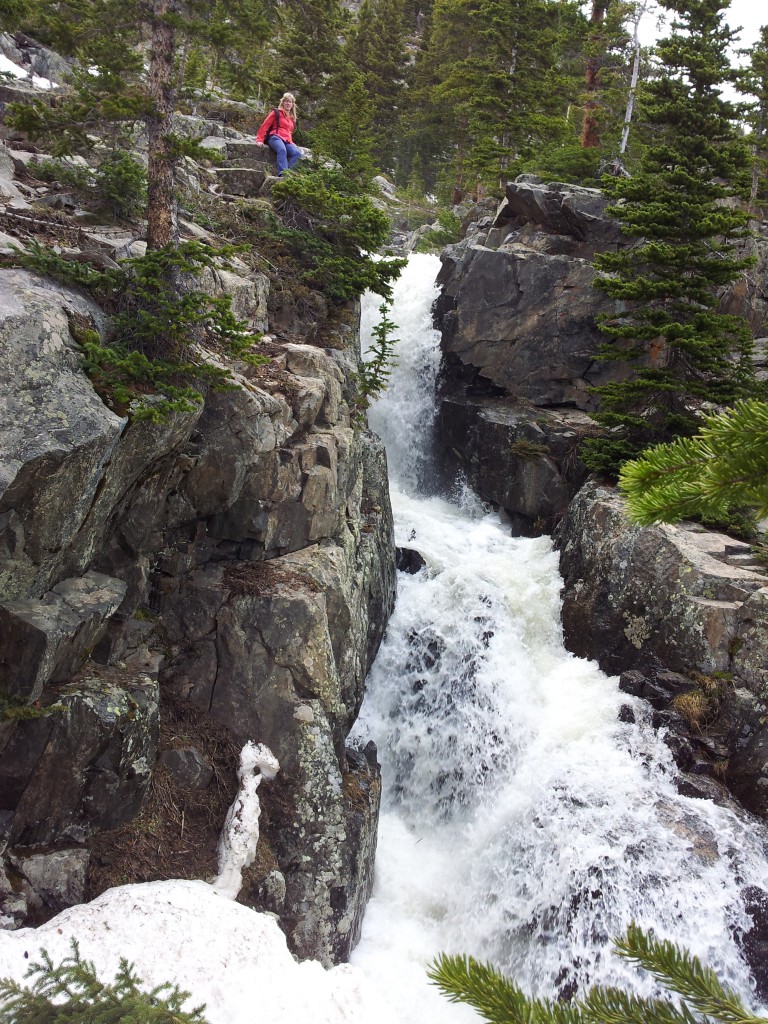 A very special guest this weekend, my mom, inspired this hiking destination. Tales of her college trips and fun in the past led the three of us all the way to Summit County, past the Continental Divide into Breckenridge, CO. While the temperatures are steadily climbing in Denver this June well into the 90’s, the elevation above 9,000 feet found in the Breckenridge area offered a refreshing breath of cool mountain air to propel us along the miles of trail. We explored Spruce Creek Trail which can be found just to the south of Breckenridge off of Highway 9. To the reach the trailhead, we drove 2.4 miles past the last light in town and turned right onto Spruce Creek Rd. We followed the dirt/rock road upward for about a mile until we reached a small parking lot which was quite full by 10:30 am.

Though the sun was shining brightly, the first section of the hike was pleasantly shaded by a dense lodgepole pine forest. The first 0.5 miles of the hike covered a relatively flat section of trail that ran parallel to Spruce Creek. Though shielded from view by the trail most of the time, the gurgling creek could still be heard by the gentle rumblings of its many falls. We followed the trail to a small clearing with a sign directing us to a narrow bridge formed by two wooden planks which crossed the creek. Seen below are pictures of Spruce Creek Trail, the creek and the foot bridge. 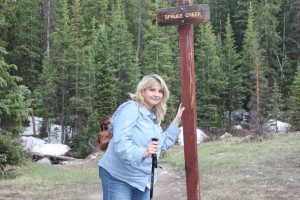 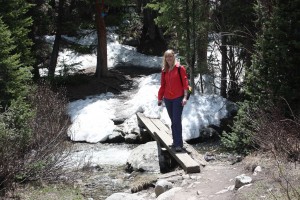 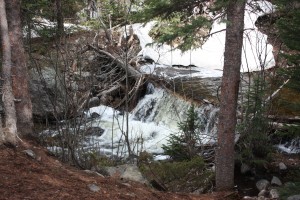 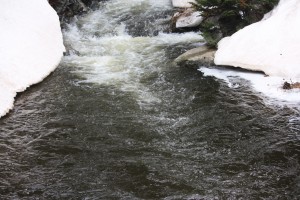 After the footbridge, the trail began to steadily gain elevation, and we were once again shaded by a dense forest.  As our elevation increased, so did the mud puddles and large snow piles which had not yet melted this early in the season. We reached mile one, which can be recognized by a large 1 carved into a tree (this marking also matched our GPS device). After this mile marker, slick snow piles were present every 30 feet or so. The trek was very slow at this point, however a small reward awaited us shortly ahead. At approximately 1.8 miles, the trail opened, and a quaint little lake nestled in a marshy meadow greeted us. The lake appeared to have formed from a beaver dam which could be seen right off of the trail. Glorious mountains, including Mt. Saint Helen provided an exquisite backdrop to the lake. If we looked close enough, we could also see the rumbling waters of Continental Falls plummeting down the side of the mountain. It was also a little daunting as we realized how high and far we still needed to travel to reach the falls. **It should be noted that the trail diverges here with the option to continue on Spruce Creek Trail or take Wheeler Trail which loops back to the road and parking lot. Seen below are photos of the group at the lake. 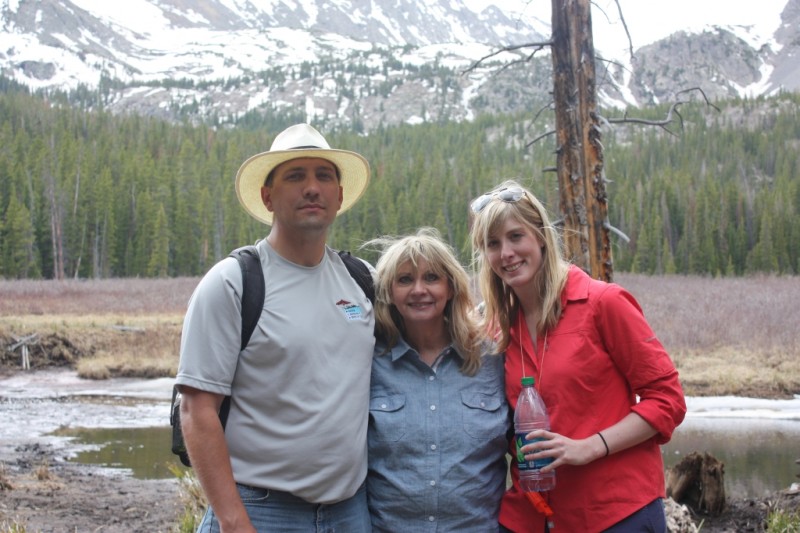 We continued on Spruce Creek Trail upward toward the falls and the lakes (including Mayflower, upper and lower Mohawk lakes). We climbed, slipped and struggled through the next 0.6 miles of steep terrain to another opening which harbored a dam of a small reservoir. Additional spectacular views awaited us here, one of which can be seen below. Trail signs here guide hikers on towards the lakes and Continental Falls. 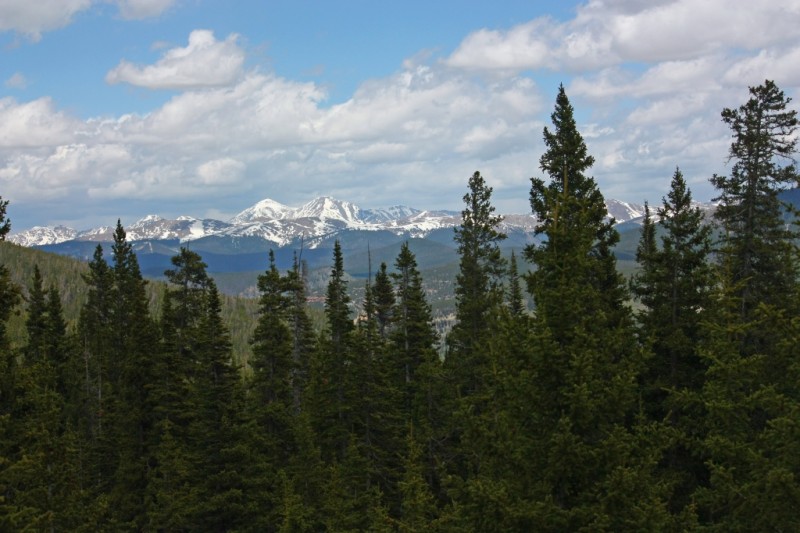 We continued upward through very steep sections of rocky trails. Eventually we came upon another trail junction in a small marshy region near a creek bed and followed it towards Continental Falls. The trail crosses the creek again via a rugged log bridge and after this point becomes difficult to follow. However, we could see the beautiful falls and old mine settlers’ ruins on the rocky slope of the mountain side and we continued to climb. Closer to the top, we were greeted with what was the most rewarding sight of all of our hikes thus far. Continental Falls thundered loudly, sending its crisp clean waters hundreds of feet down the mountainside. We were able to get right next to the edge of the falls and look into the white swirling mix. Occasional flickers of tingly coldness from the fall’s water landed on our skin. We had to speak very loudly to hear one another over the rush of falling water. Magnificent! Seen below are photos of the falls and surrounding settlers’s ruins. 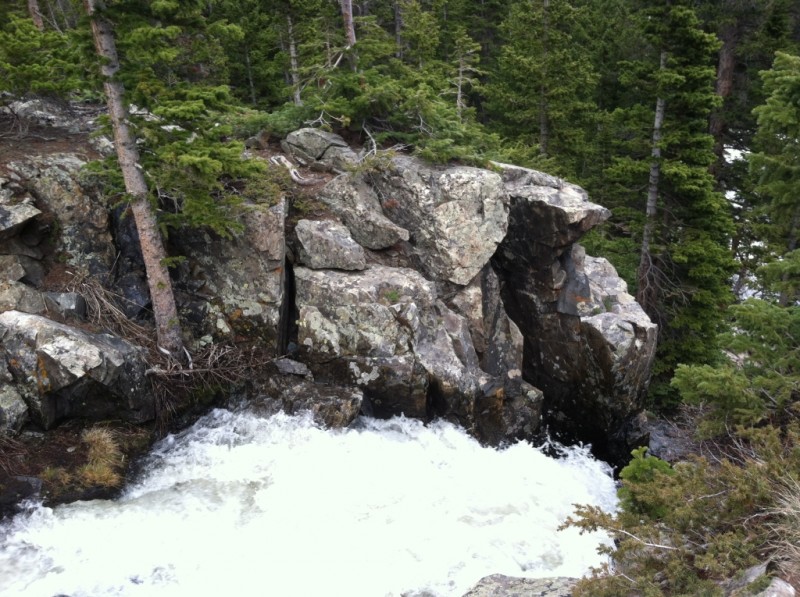 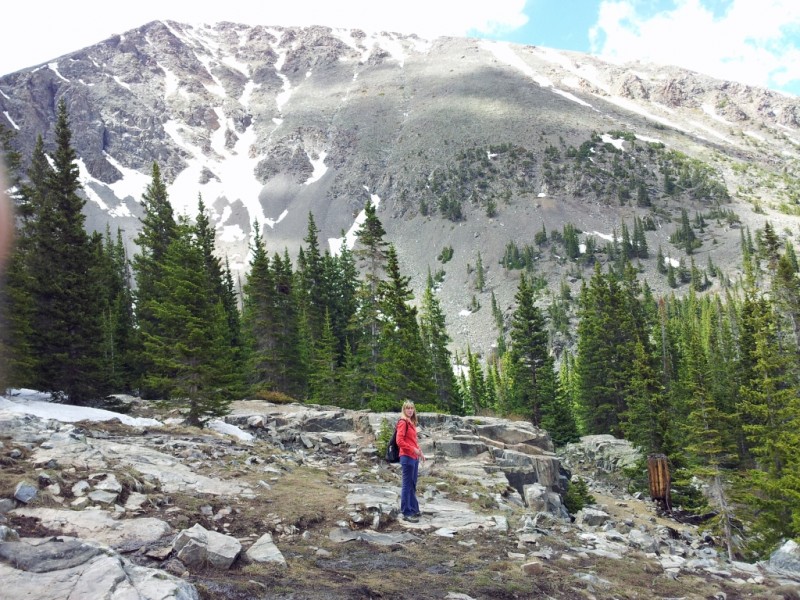 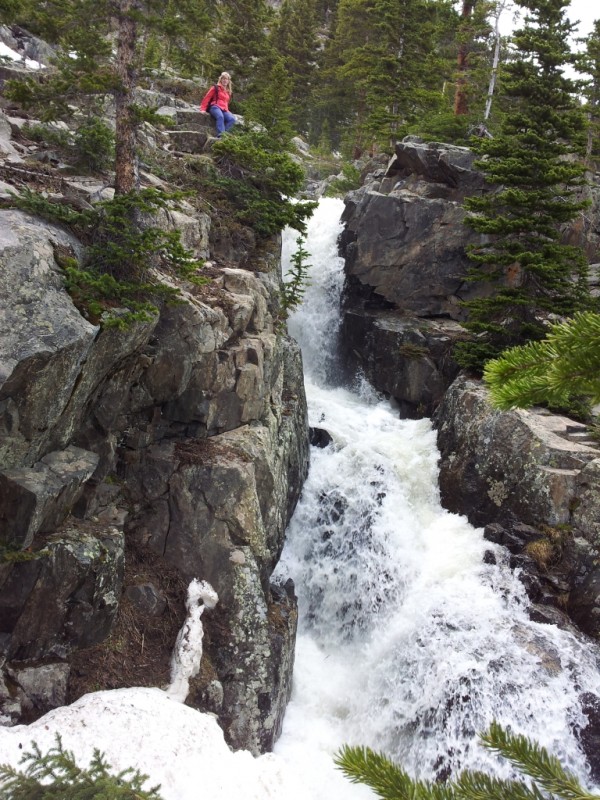 At site of the falls, the trail continues another 0.5 miles to Lower Lake Mohawk and from there, an additional 0.5 miles to the upper lake. We opted to come back to the lakes later in the summer after the trail has melted more and instead headed back down the trail. On our way back, we followed the detour to the still waters of Mayflower Lakes and paused a few moments to take in the scenery before heading back to the car via Spruce Creek Trail. Though there was one body of water, several small glacial pools surrounded the area. Pictures of Mayflower lake can be seen below. Portions of the water were so smooth and still, reflections of the mountains could be seen in its waters. 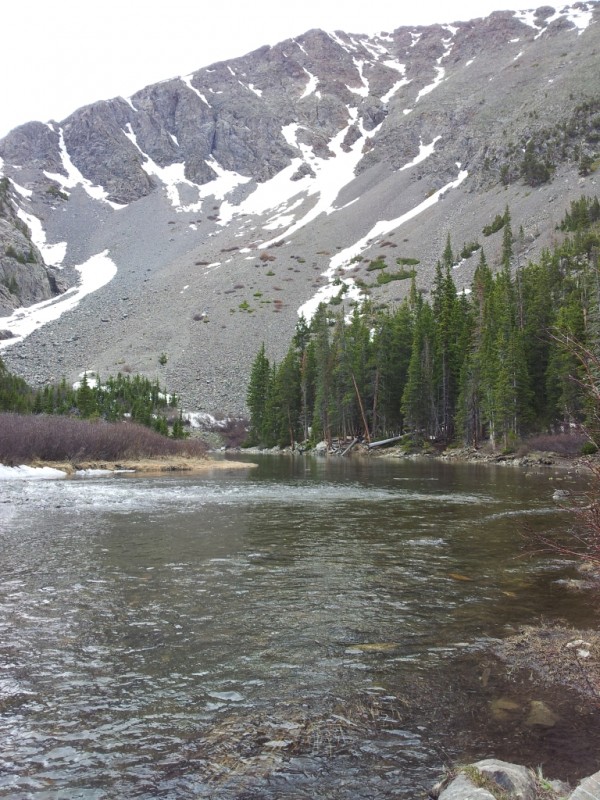 This has been our favorite hike thus far due to the spectacular views of the falls and mountains. There was a fair amount of people on the trail, as we saw fellow hikers every 15 min. or so which was expected due to the hike’s proximity to Breckenridge and the beautiful June day. We highly recommend this hike, but would wait until Mid-July before attempting the hike to avoid the large snow piles and mud. Parking is free at the Spruce Creek trailhead, but limited. Get there early and pack plenty of water as none is available on the trail.