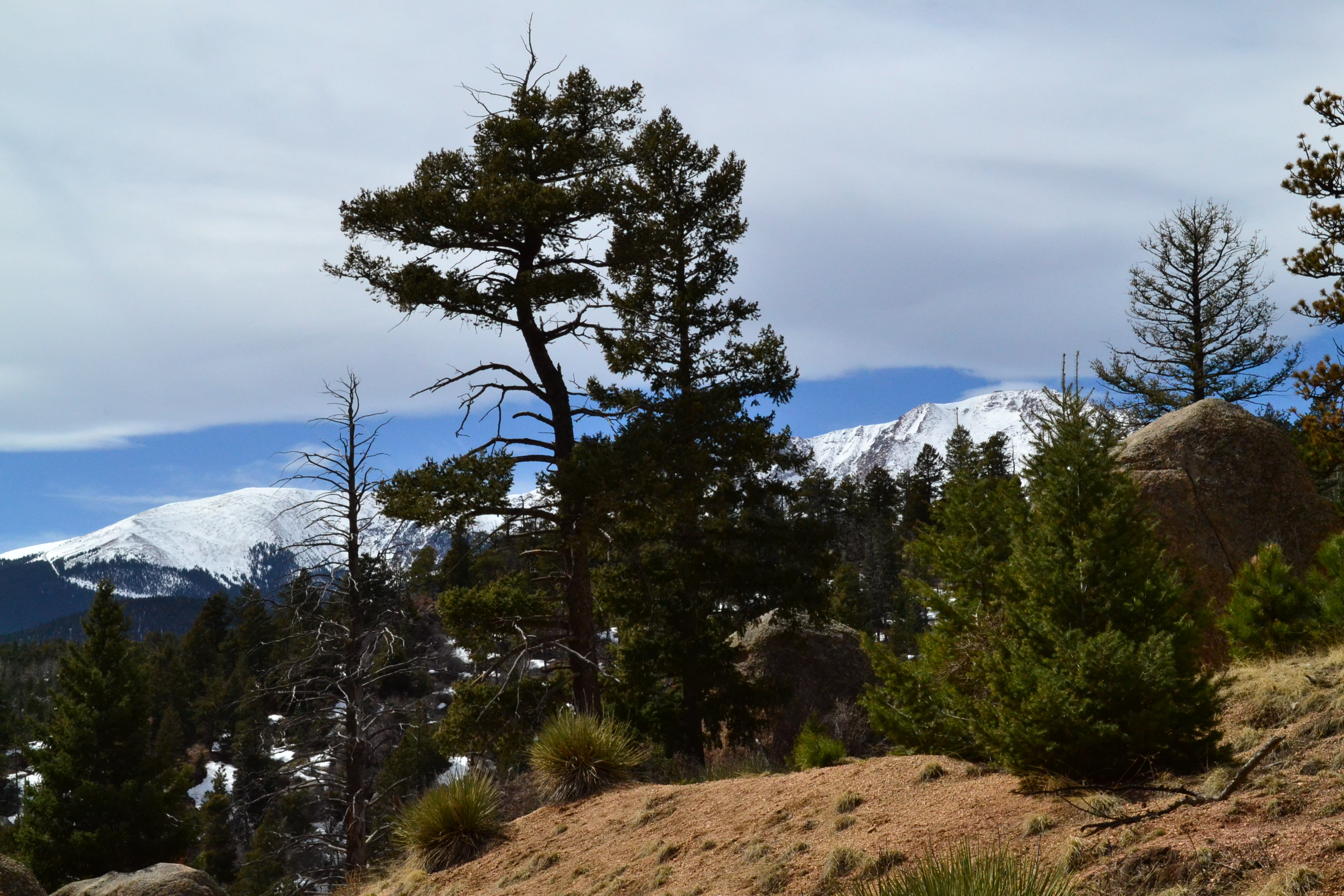 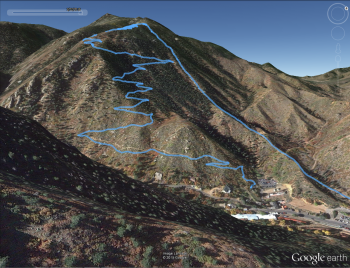 Usually in early spring or winter, we are quite content leaving the task of ascending 2000 feet in just under a mile to the mechanical ski lift, which has been helping the masses ascend to the heavens both quickly and comfortably since 1936. Some lapse in our judgement occurred this weekend, perhaps caused by the first sights and sounds of Springtime developing on the Front Range. While we haven’t hung up our skis entirely for the season, we did opt for a change of pace and decided to test our fitness levels on the famous Manitou Incline.

Originally built for cable cars to carry pipeline supplies to the summit of Pikes Peak, the Manitou Incline now remains solely for those testing their fitness.  Up until this past fall, all that was left was old rotten cable ties, with random pipes and stakes jutting up and around the incline. In fact, due to the dangerous terrain (as well as private property battles) it was illegal to hike the trail until early 2013, although it really stopped hardly anyone from trying. About 20% of the trail has just recently been restored, making travel much less hazardous in the steeper sections. Various news stories and guide books have compared the incline to “climbing the empire state building…twice”. Seen below is the first tie… the first of many. 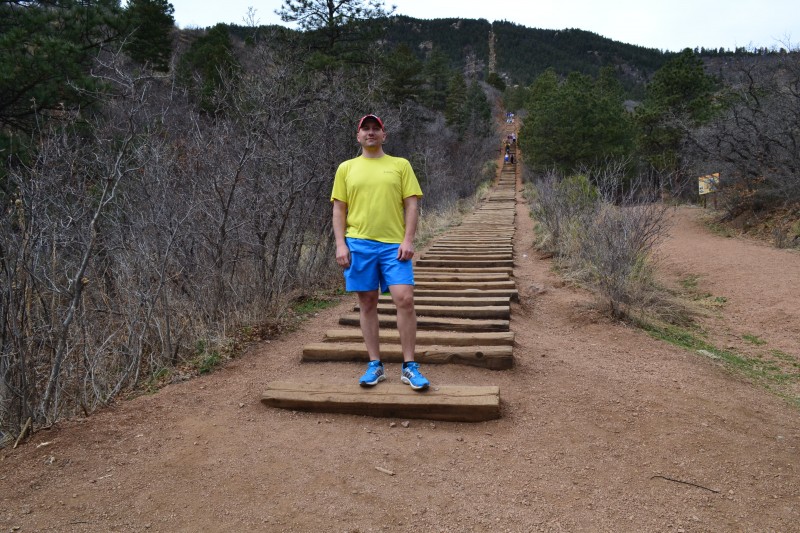 Most people start the incline with a time goal in mind, while others just hope to make it to the top without collapsing. For our first time up, our goal was to just finish in under an hour. The official record is held by Olympic athlete Apolo Ohno at 17:45. The fastest unofficial time is held by Mark Fretta at 16:42. Many enthusiasts do not recognize this time due to Fretta violating anti-doping rules and regulations.  The first third of a mile on the incline in our opinion was not overly strenuous. We were both able to maintain a steady pace with out stopping.  Seen below are photos of the incline during the first half mile. 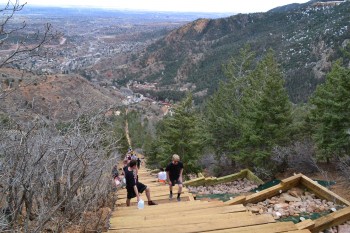 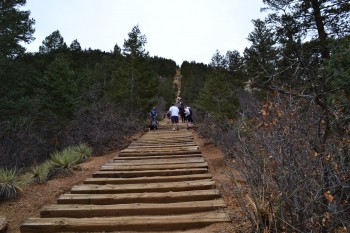 Just past the halfway point as the trail begins to steepen, there is a bailout point with access to the Barr Trail. The Barr Trail is the recommended route down, due to the danger of traveling down the incline as well as the risk of over congestion with two-way traffic. Locals apparently call this the “wimp-out” or “wuss-out” spot. Nonetheless, reaching this point isn’t exactly easy. We trudged onward and upward from here as things became more tough. Seen below are photos of the upper portion of the incline and views from the “false summit.” The incline is so steep at this point, that hikers are not able to see the true summit leading the naive to think they are almost done. There are still 300 steps to reach the top from here. 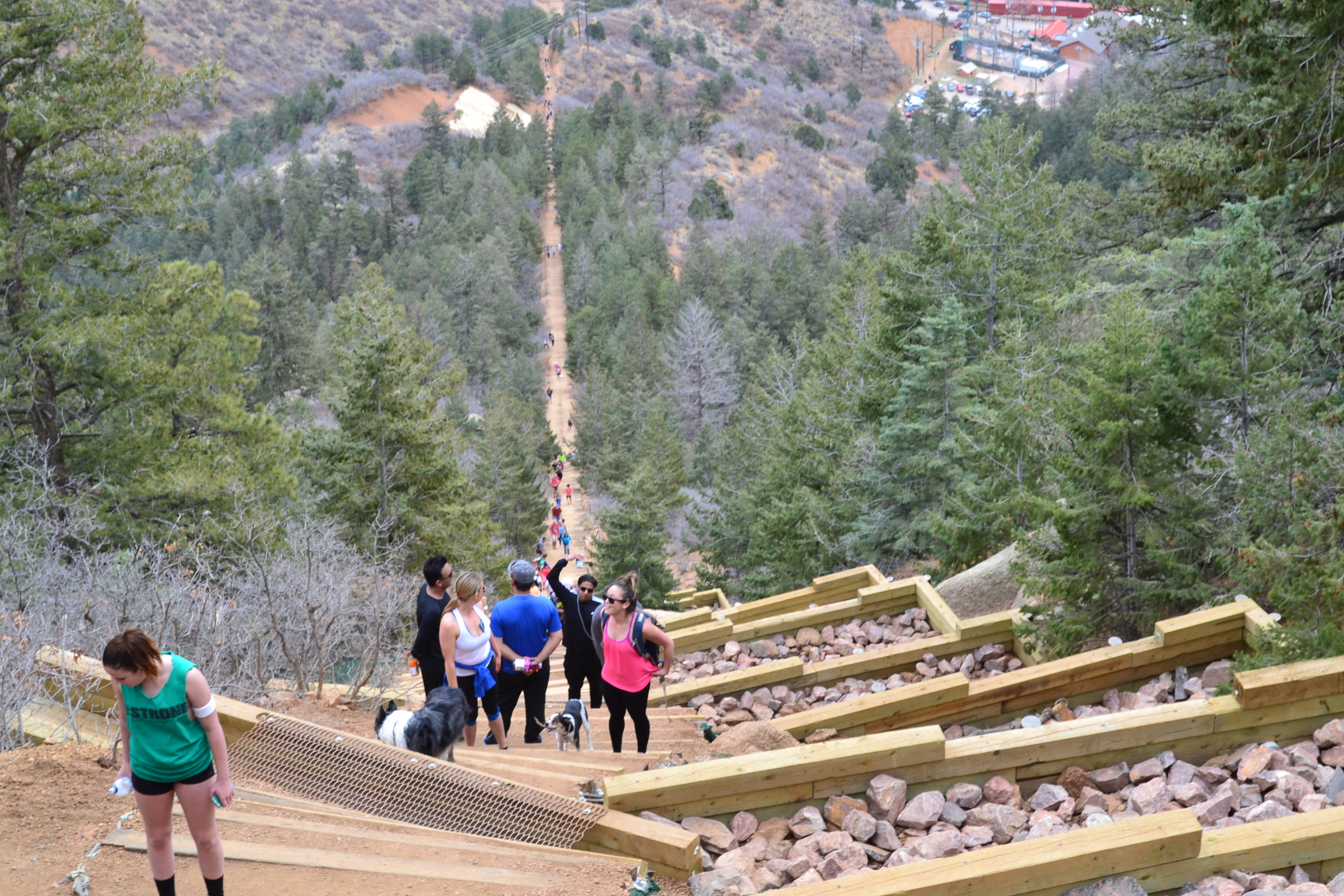 The last 300 steps were only spread out by about 0.1 miles. It was steep and tough. But we both completed the Incline in under an hour. One thing we noticed on the trail was the genuine sense of camaraderie among all the hikers. Everyone was in the challenge together and offering one another words of encouragement. Seen below are photos at the top and the view of Manitou Springs below. 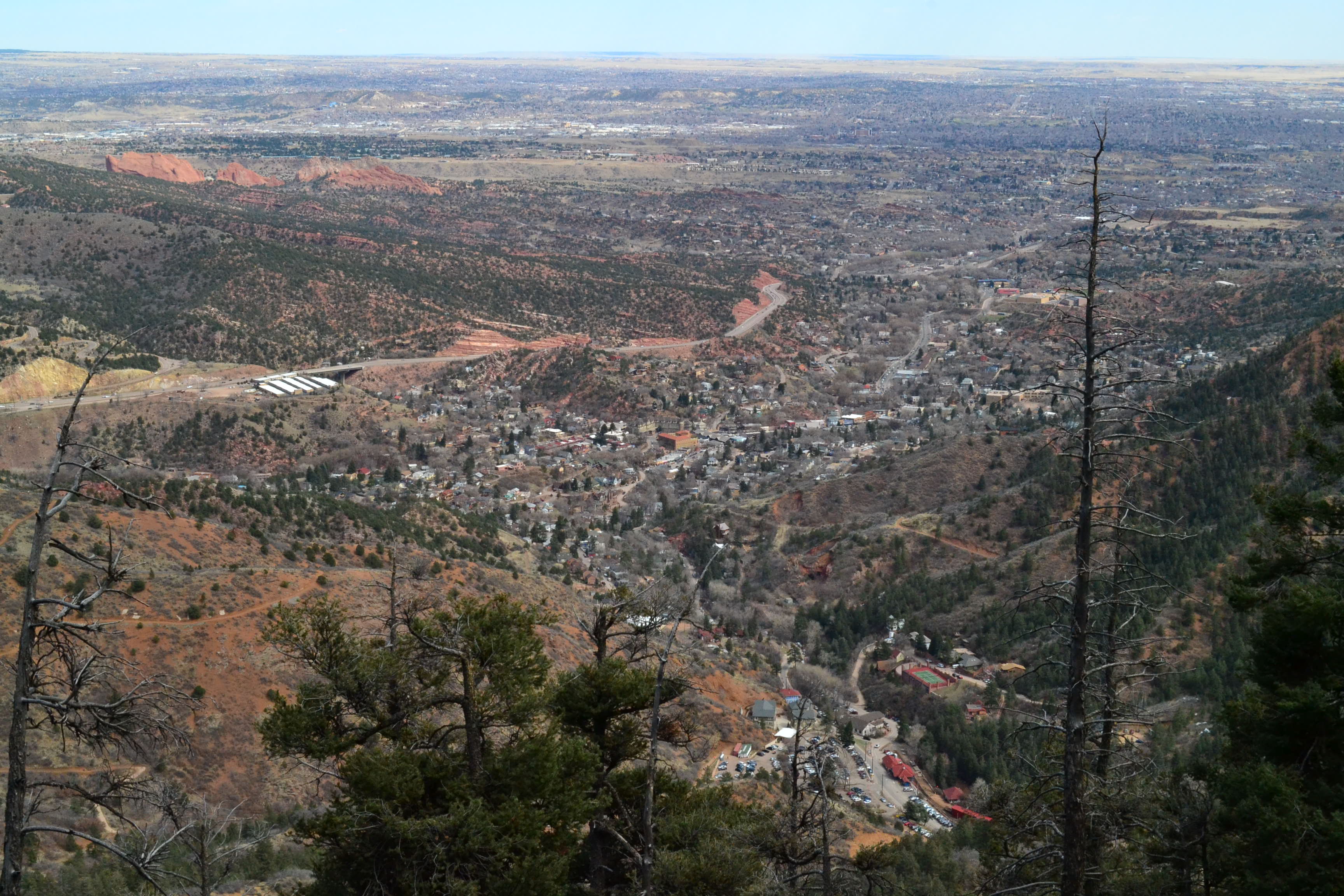 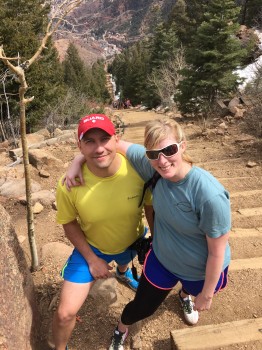 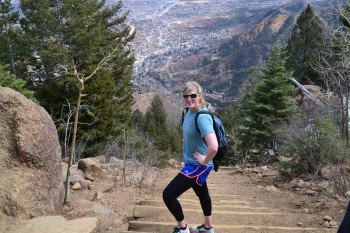 After resting a couple of minutes and chatting with some other hikers, we headed back down via the Barr Trail. The trail was almost completely dry and consisted mainly of a long series of switchbacks. According to our GPS, it was about 3 miles back down to the upper parking lot. Many people chose to run down the switchbacks, but we took our time and enjoyed the scenery. 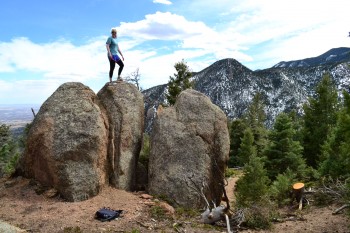 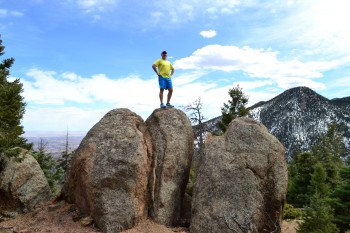 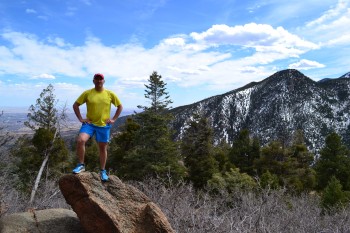 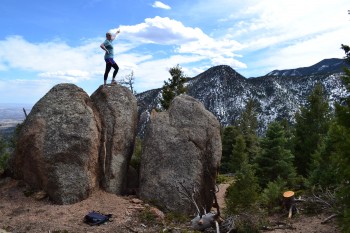 We finished the trail with a sense of accomplishment. It was a great workout, and if we lived closer we would do it more often. We are now more inspired to get some weekly workouts in at the stairs of Red Rocks. If you choose to do the hike, wear lots of sunscreen and bring lots of water. Also, parking does fill up quite fast and is 5 dollars, credit card only. And, if you can still walk afterwards, take some time for a stroll around the arcades and shops of Manitou Springs. Happy hiking and spring. …and look for more frequent posts from us now that our beloved Colorado summer is nearer each day.