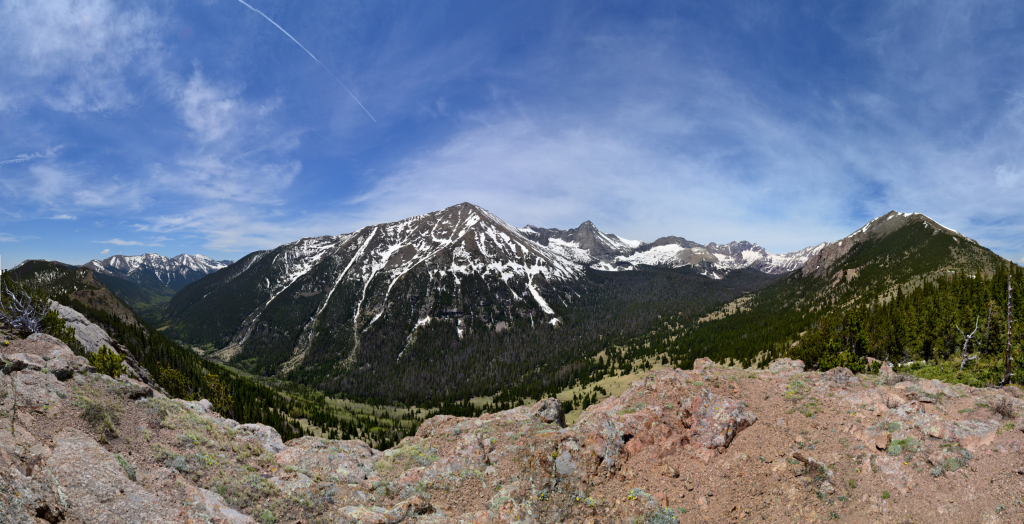 On day three, sadly the last day of our trip into the Sangre de Cristos, we finished out our adventure with a quick hike up to Music Pass. Music pass is a beautiful alpine pass on the east side of the range right next to Westcliffe, CO where we were staying. The trail and pass were named for the musical sounds that supposedly can be heard when the wind blows. Whether this is a just description or not, the surrounding beauty of the three 13,000 foot peaks and Sand Creek Valley below nonetheless bring great joy.

We began the journey heading down Colfax Lane, the same road that took us to the TH for Humboldt peak a few days earlier. Instead of turning right at the dead end, we veered left and followed the CR 119 to the Grape Creek TH. Up until this point, the road was quite lovely. But, we were now ready to continue on the 4WD road up to the Music Pass TH. The road began mild but quickly turned into a narrow, rocky, mess. In fact, we considered it in much worse conditions than the South Colony Lakes Rd that seems to get so much negative attention. While there were several pullouts for trucks along the way, an encounter with any oncoming traffic would have been rather unpleasant, requiring a skilled navigation by a least one party. A little misinformation on the internet led us to believe that we had only 1.5 miles to travel on this rough road. As we approached two miles in, our frustration began to build. After 2.2 miles, we opted to pull-off of the road into a nice field as the rest of the route up was covered in snow. Hiking an additional 0.4 miles led us to the music pass TH. This is a trail that supposedly receives lots of traffic, however, we saw no other cars or people the entire time. Perhaps too much snow and the fact we were hiking on a Tuesday kept the crowds away. It was splendid. 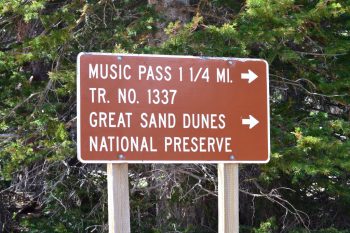 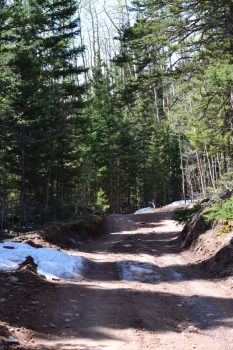 The sign said 1 and 1/4 miles to Music Pass. We began our hike in thick forest. After about a quarter of a mile into the hike, we found the trail registry and signed in to aid the forest service in estimating trail usage. Through the forest, the trail moderately gained elevation. As we climbed higher, large drifts of snow began to appear. In several spots, we had to post-hole to remain on the trail. This was not surprising as it was still only June 7th. As we approached 1 mile, the trees began to open up. We crossed over a delightful little creek with a waterfall to our left. It was a bluebird day, and the unbridled bright sun reflected upon the gurgling water brilliantly. 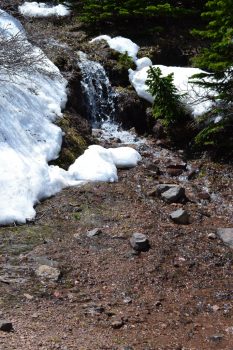 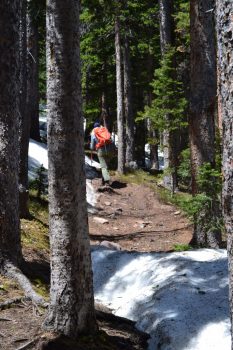 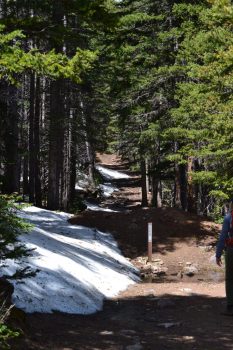 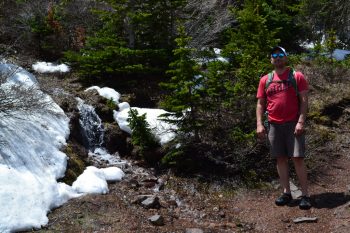 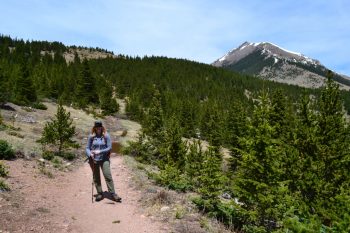 The trail disappeared in a sea of deep snow as we got closer to the pass. We wandered around a bit, and found a spectacular look out. It was a rocky outcropping with a geological marker and surrounded by steep cliffs. Seen below are photos taken from our unique perch. 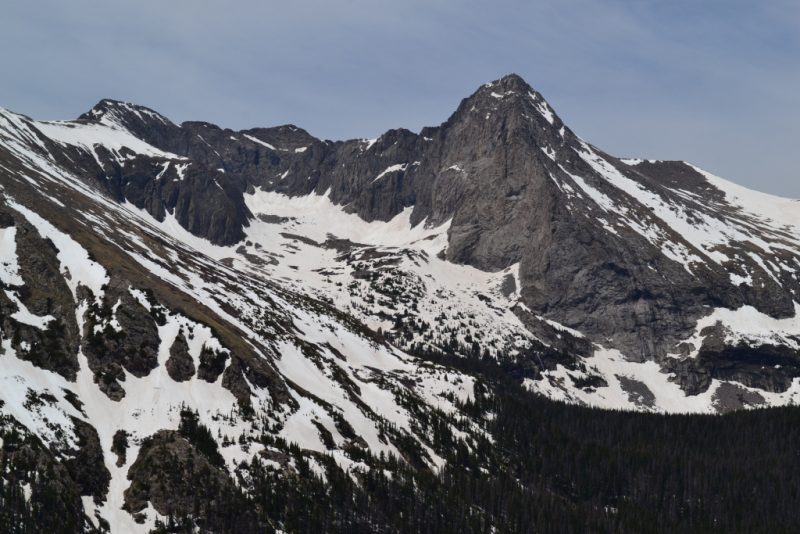 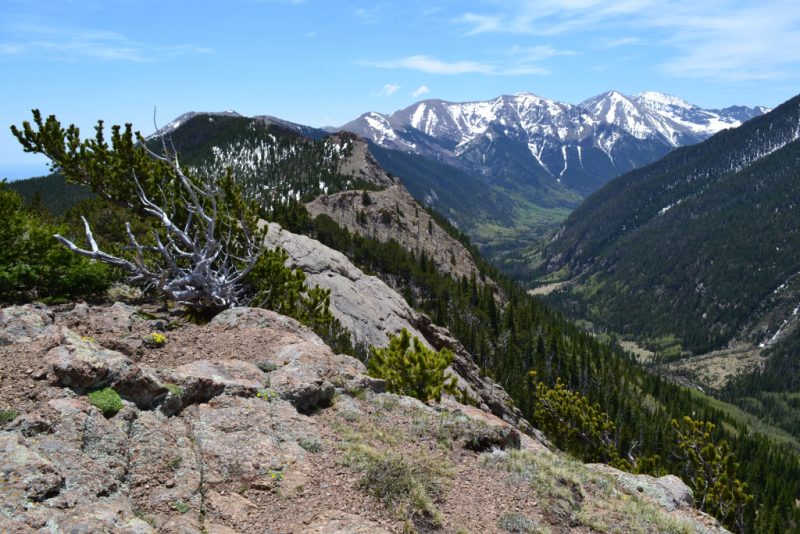 We then bushwhacked to the general direction of the pass. The snow was thigh high at times but mellowed out as we reached the official Music Pass sign. We had amazing view of Music Mountain, Milwaukee Mountain, and Tijeras Peak, all of which reach higher than 13,000 feet into the sky. To our east, we once again had sweeping views of the town of Westcliffe and Wet Mountain Valley. We enjoyed the rare solitude of Music Pass. We ate lunch, took pictures, and frolicked about in pure joy. Because of the long drive ahead to return to Denver, we opted not to continue on to the Sand Creek Lakes this time. 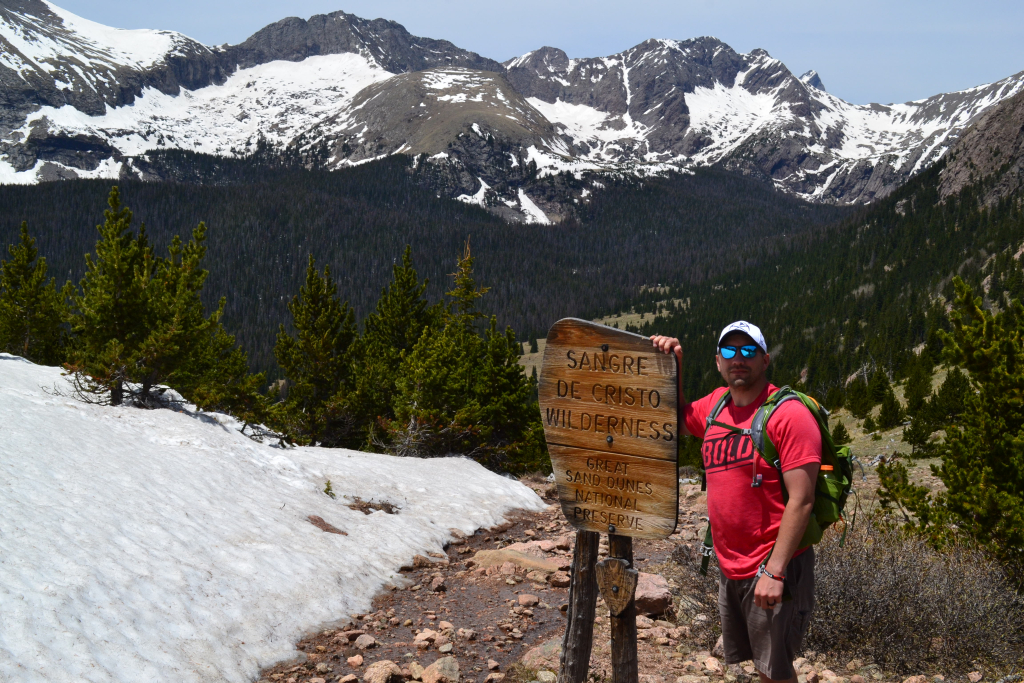 Take a walk to Music Pass if you have the chance. It is an easy/moderate hike with amazing views for less mileage and effort.  However, to reach the upper TH make sure to have a high clearance 4WD vehicle. The road was quite difficult. If not, there is plenty of parking at Grape Creek TH, but plan on adding another 5 or so miles to the hike.