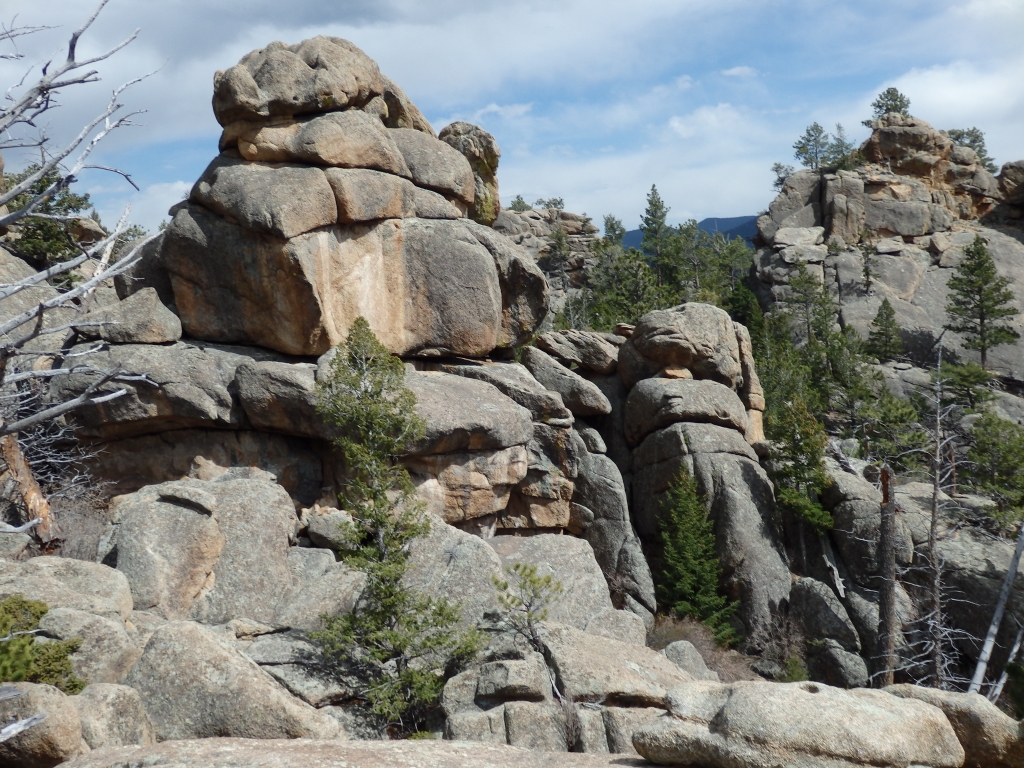 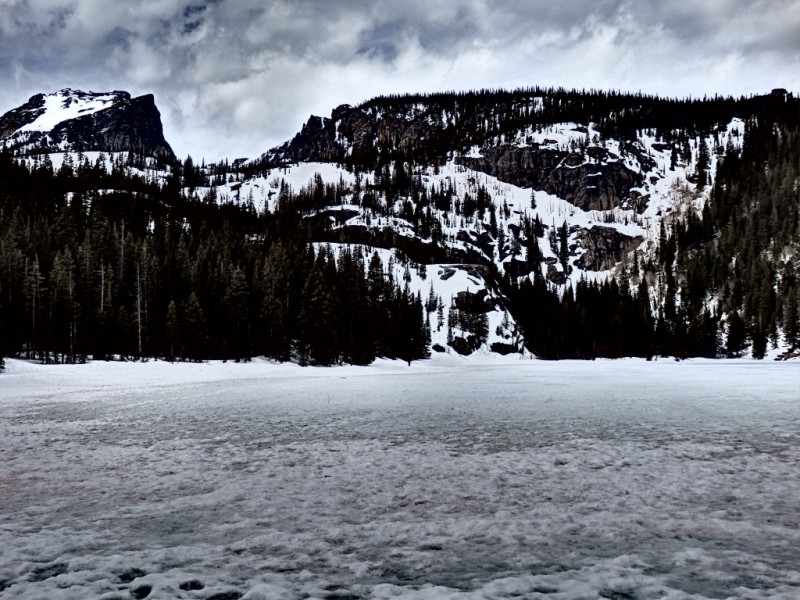 We wanted to share with you a trip last month to the wonderful town of Estes Park including a stay at the iconic Stanley Hotel. Charmaine and Will came into town for the weekend, and we drove into the mountains together to attend the 2nd annual Stanley horror film festival and hike some of Rocky Mountain National Park. We began our trip with a short day hike into the Lumpy Ridge region of Rocky Mountain National Park on a trail that leads to the famous Gem Lake. We’ve done this hike numerous times but can never resist taking guests here when they come into town. The quick elevation gain on this hike leads to amazing views of Estes Park and the snow covered Rockies behind it. The hike also affords the opportunity to boulder on some of the interesting rock formations that comprise this unique area of the park. In fact, this is actually a very popular rock climbing location. Seen below are the photos leading up this trail. 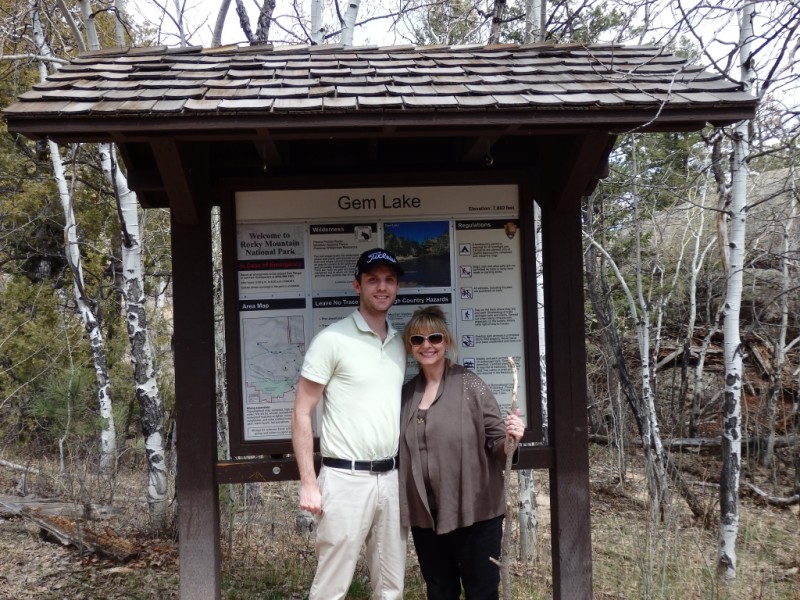 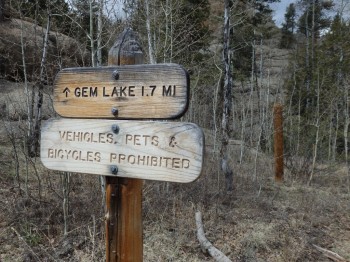 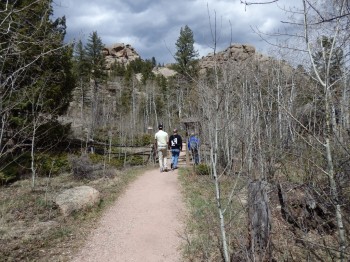 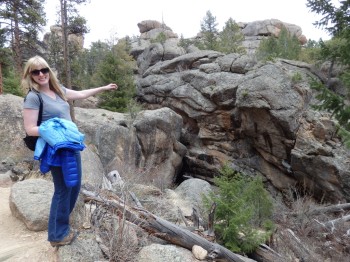 The weather was perfect, and jackets were not necessary as we steadily climbed up lumpy ridge. The trail was dry and not too crowded since it was a Friday afternoon. We paused frequently along the way for photos and various opportunities to leap or climb on as many things as possible. In fact, Will enjoyed this so much he couldn’t stop even when the panicked screams from Charmaine began to get louder as he leaped from rock to rock. About half way up the trail, Will and Thomas found a way to this incredible overlook. Seen below are photos of the whole gang seeing how dangerously close to cliffs and crevices we could get to. 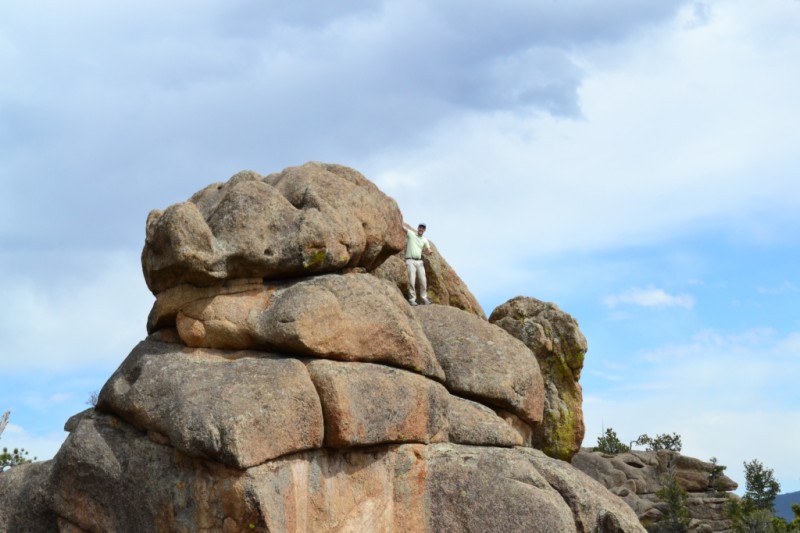 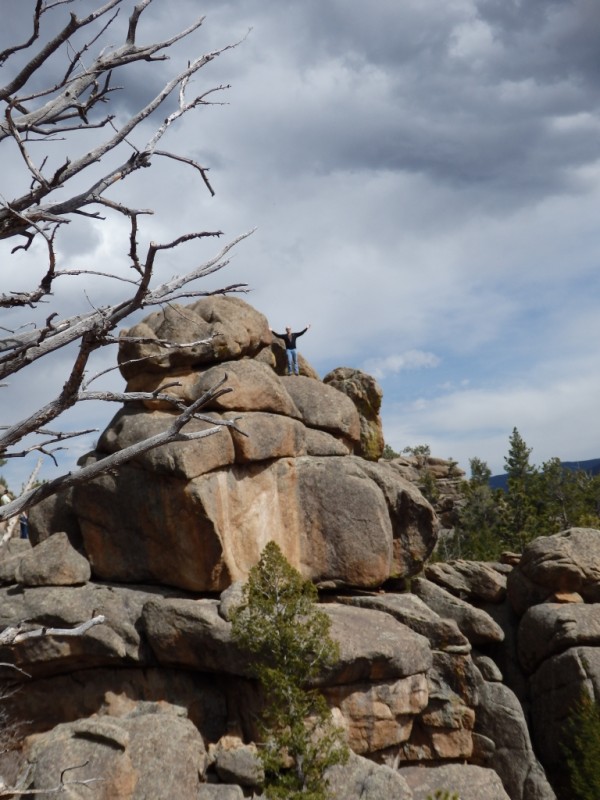 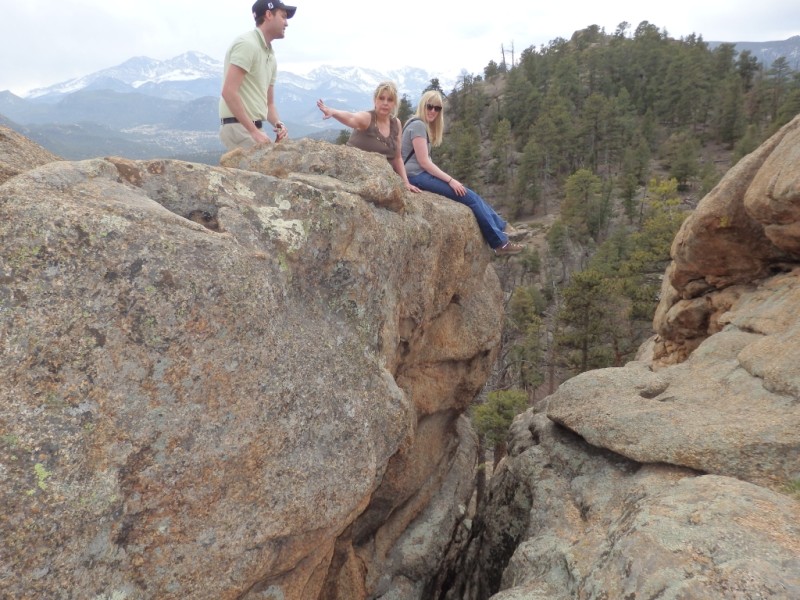 The views were incredible, but mom (aka charmaine) had seen enough so we headed back to get dinner and check out some film festival happenings. Things were already underway at the Stanley with an array of famous horror industry people wandering around the grounds and movie screenings beginning. We opted to see a film called “Blood Glacier” which seemed fitting as it takes place in a beautiful mountain landscape full of wildlife. Only in the film, the wildlife develops into scary dangerous mutants that spawn from a “bleeding glacier” ….Seen below are photos of the Stanley all alpenglow, albeit artificially. 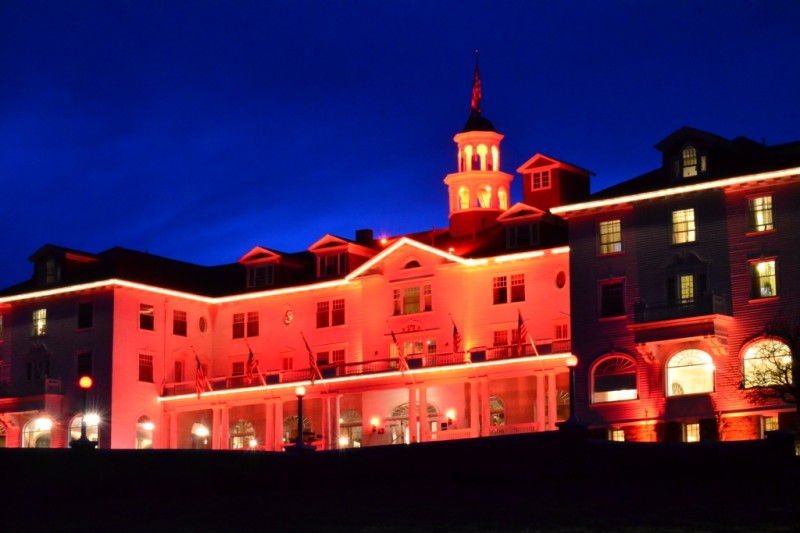 The next day, we took Charmaine into the heart of Rocky Mountain National Park: Bear Lake. The weather and trail conditions were completely different than what we found the day before at Lumpy Ridge. Bear lake was mostly still frozen and snow covered the trail surrounding it. Bear lake can be seen pictured at the top of this post. Thomas headed out to get some photos at the nearby Dream and Nymph Lakes while the rest of slogged around Bear Lake, since we just had regular hiking boots. As we paused for some pictures, a loud splash sounded behind us. The weak ice had given way to the weight of a young teenager sending him on an early season swim of Bear Lake. The water was shallow, and he was fine but it kept all of us a little bit more cautious. Seen below are photos of us slipping and sliding around the “nature walk” that encircles the lake. 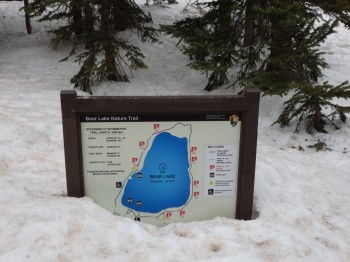 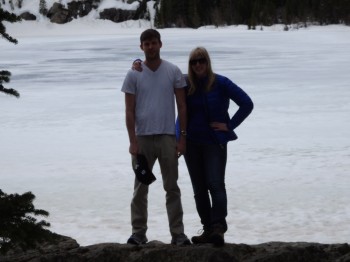 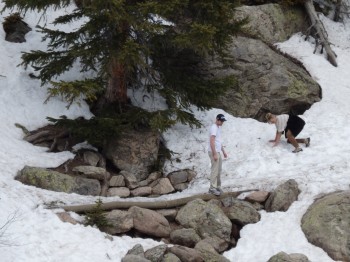 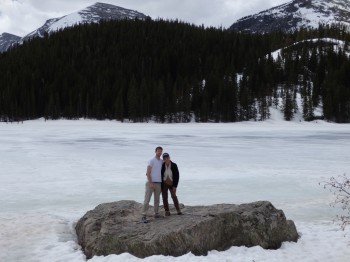 We then headed back to the film festival and viewed our next haunting thriller. The film was called “babadook”…pronounced ba….ba…dook….in a very creepy accent. This film was hand selected by and a treat from Charmaine. We won’t go into too many details, but think scary creature comes to life from children’s book…lives under the bed….. When the creature comes calling he makes three loud knocks. When we went back to our condo, we kept hearing these three loud bangs all through the night. We still can’t figure out what caused the strange noise. Later that evening we went to the film festival’s annual gala. The party was fabulous. There was a photo booth, champagne, strange food, and Elijah Wood as our DJ. That’s right. Frodo hung out with us for the night as he was an attendee at the festival to receive an award for his company Spectrevision. Even though the spirit of the blog is hiking and the outdoors, we cannot resist sharing some of these funny photos from the party and photo booth “crime scene”. 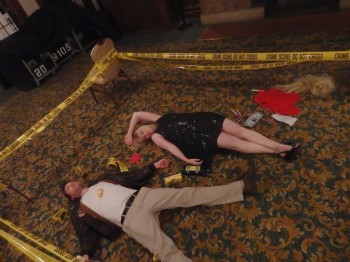 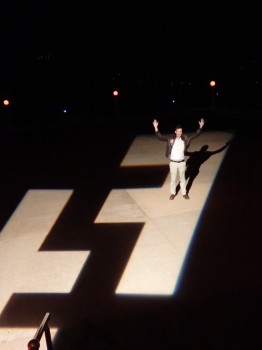 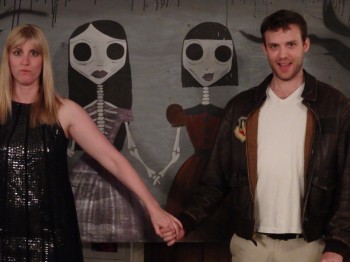 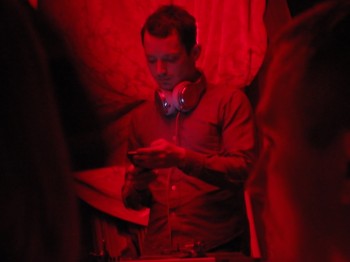 And yes, that last photo is our new friend DJ Frodo and what a nice guy he is. He let Charmaine give him a big hug and played some nice beats for us. We all had a blast together and finished off the trip the next morning with a wonderful breakfast at the Stanley (just the fam, not Elijah 😉 ) Charmaine and Thomas took a haunted tour through the hotel, and we were on our way back to work and the real world.