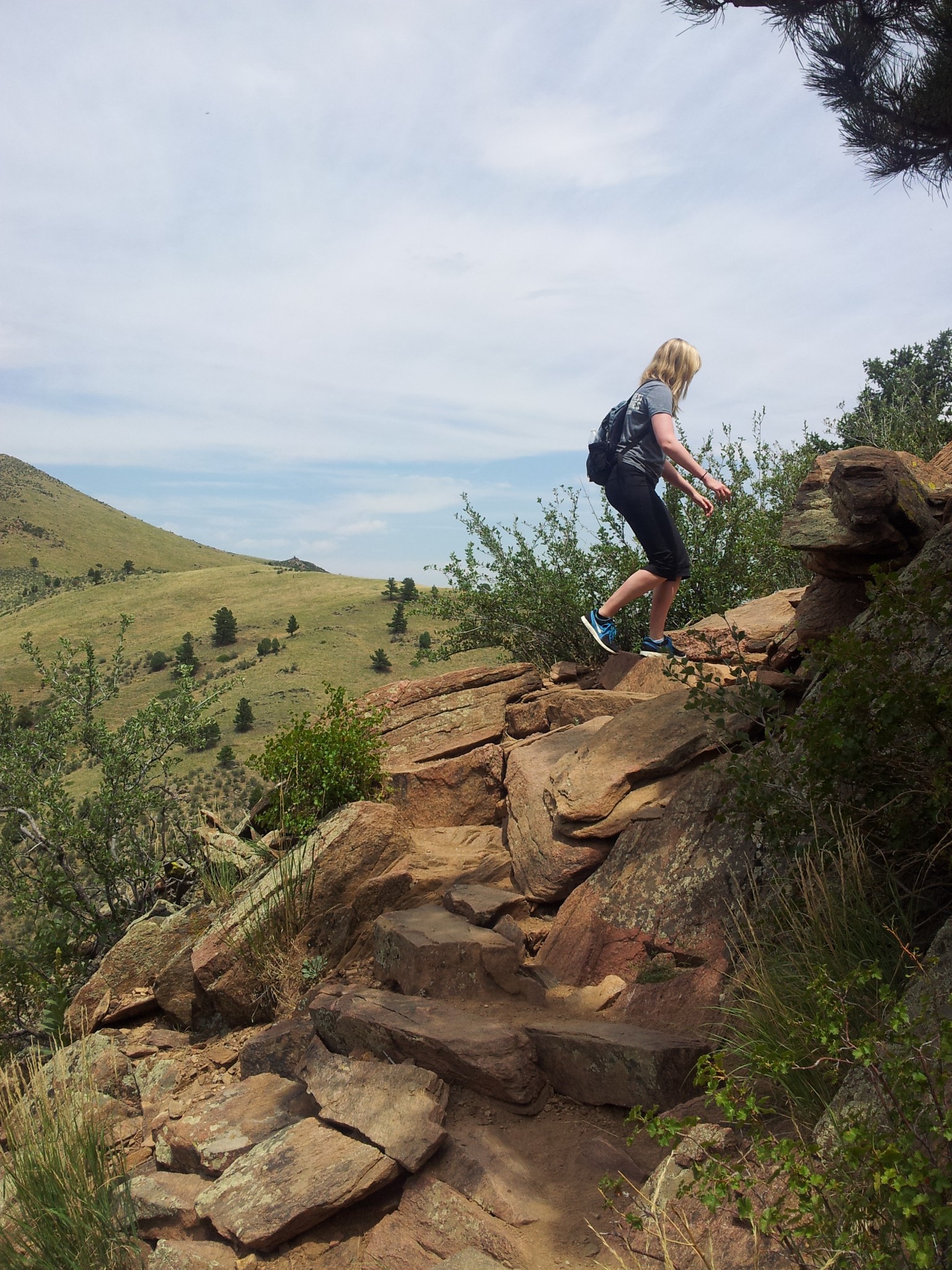 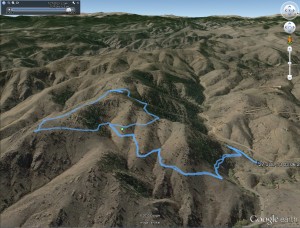 While so many of our hikes have taken us into high elevation, critters of the slithering kind have been placed in the backs of our minds the last several months. Instead of watching our footing around rocks and boulders, we’ve been directing our eyes to the hillsides for mountain lions or the woods for black bears. As we hiked back down the Cedar Gulch Trail after completing our loop of Mt. Galbraith, we were shocked when warned with the distinct foreboding sound of a rattler and sight of the greenish brown patterns that color the skin of a western prairie rattlesnake. It’s been said that the first person that passes one of these snakes will most likely walk by without ever knowing he or she passed the snake. The second person will not be so lucky. And so following the rattle and hiss, a shout was heard from Thomas who was a mere foot away from this foothills dweller. Not wanting to be any closer to the rattlesnake, Thomas jumped to the other side of the trail. While in theory this would seem to solve the problem; and, while in theory, Thomas did remove himself from the snake’s path; the reality was that the trail is on a four foot wide ridge whose edge backs up to a long, steep hillside. After the leap, Thomas somersaulted over the edge and rolled a moment before settling in the dust and shrubbery a few feet below the trail. While fortunately safe from snakebite, he was left with a hurt foot. Seen below are pictures of the Cedar Gulch Trail portion that this incident occurred.  The rightmost picture is a prairie rattlesnake (Crotalus viridis) which we took from the Denver Zoo, since for safety reasons we were not able to get a picture of the prairie rattlesnake we encountered. 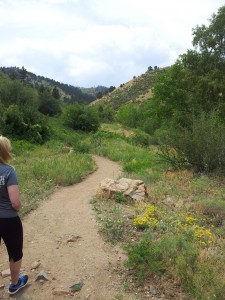 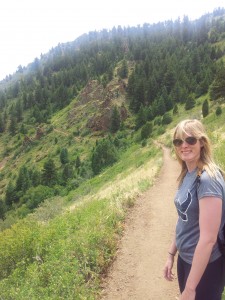 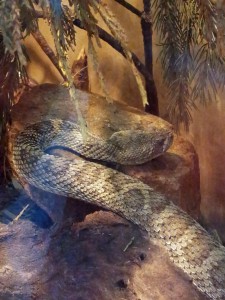 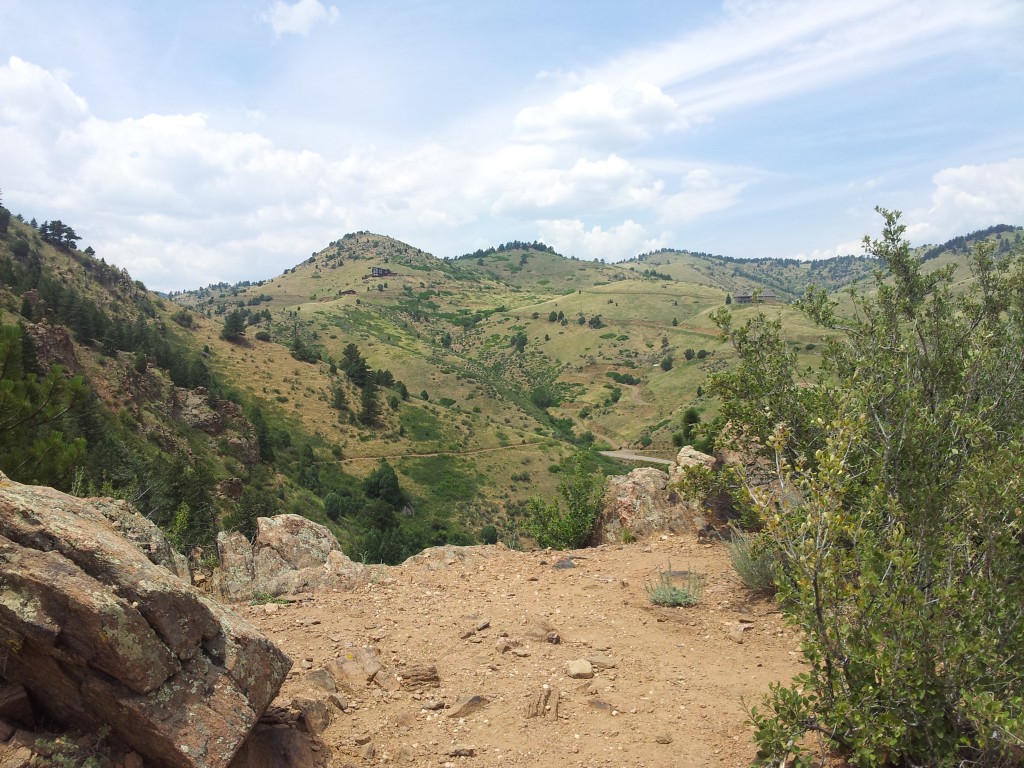 This proved to be the most exciting and eventful part of this journey. Our hike this afternoon took us to the nearby town of Golden, CO and into Mt. Galbraith State Park. Both tired from a long work week and faced with a weather report for the area that didn’t look to dry, we opted for a shorter closer hike to the Denver metro area. We’ve become quite spoiled to the wonders of the mountains in Summit County and alpine lakes and gorgeous forests of Rocky Mountain National Park lately, Comparatively, a hike through the foothills was not going to be quite as impressive or provide the solitude that we find a welcoming retreat from the sights and sounds of the city. Nonetheless, Mt. Galbraith via the Cedar Gulch Trail and the Mt. Galbraith Loop Trail was a nice, well maintained path with moderate elevation gain and nice views of the town of Golden and even Denver in the far off distance. The trail begins on the Cedar Gulch Trail which winds up and around the various hillsides via long switchbacks for about 1.2 miles. The landscape was very arid, and dotted with cacti, a few tall grasses, and boulders. On the ascent, we hiked very fast paced and quickly arrived at the Mt. Galbraith loop trail. We opted to complete the loop via the west side first. Seen below are photos from the Northwest side of the loop. 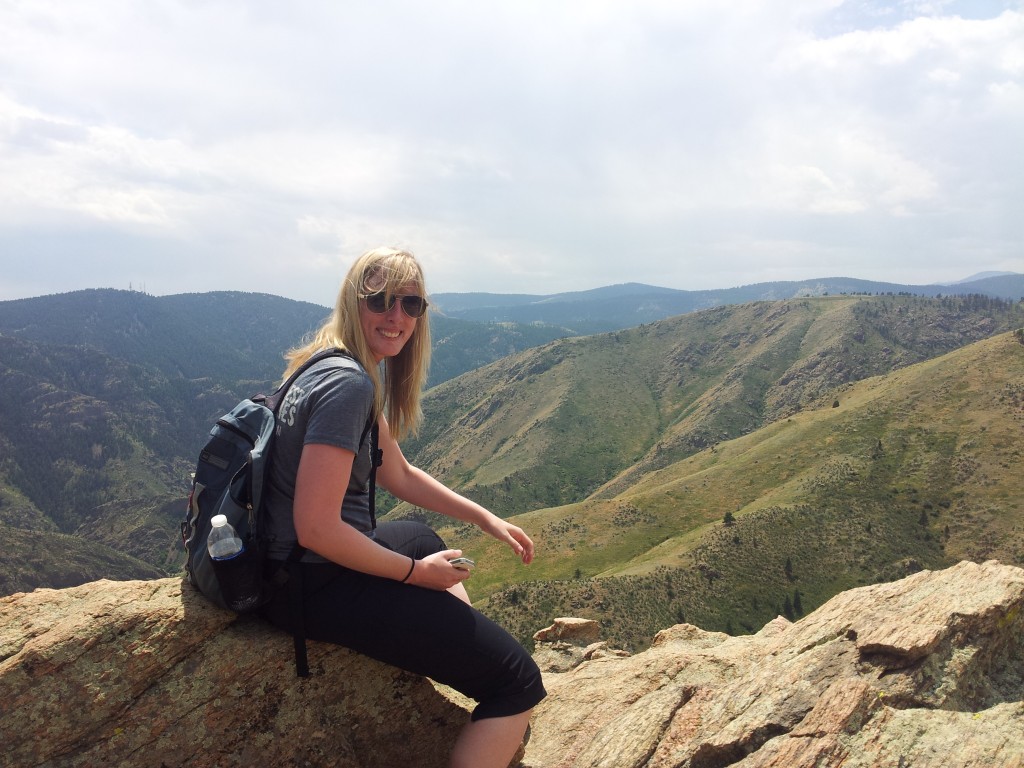 The loop steadily climbed up the dirt path and over rocks and boulders until reaching a high point on the northern most side of the loop. We briefly got off route here and followed some cairns which led us to part of the site of the 2011 Indian Gulch Fire. The area left a maze of charred remnants. A sea of blackened forest on the hillside greeted us. Among the dark areas on the ground, we saw a cigarette butt. It was so disappointing to see this among all the old fire damage. The fire in 2011 was said to be human caused. It burned over 1600 acres. Photos of what we encountered can be seen below. 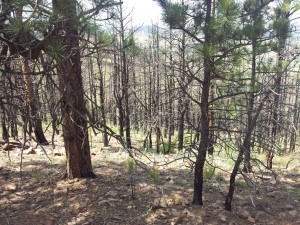 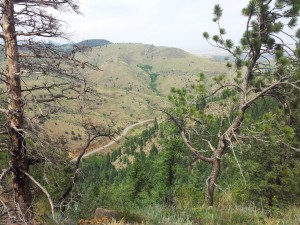 We followed our footsteps back and continued around the east side of the hill and began to descend. The loop is around 1.6 miles in length, and we were back to the Cedar Gulch Trail relatively quickly.  There were steep rock steps along many portions of this side of the loop which made us thankful we began on the west side which can be seen below. We are still surprised we didn’t think about snakes yet among all the rocks, boulders and warm sun. 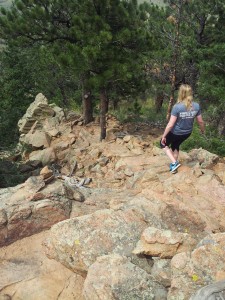 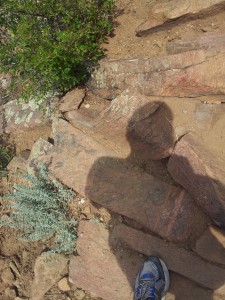 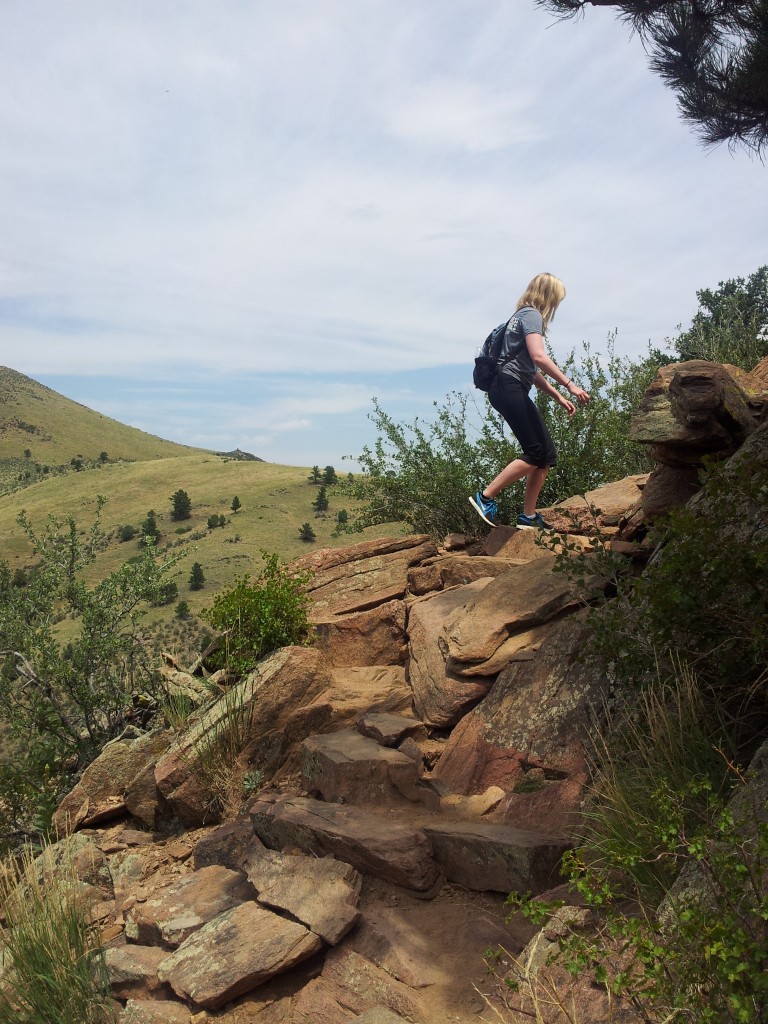 We concluded the hike back at the Cedar Gulch Trailhead thankful to be out of the searing sun and snake land. Overall, the hike was a decent way to spend a day outdoors but not our favorite. Give us a day in the mountains over this always.  We would recommend going out either early in the morning or late evening to avoid the hot sun.  Parking is free here, and there are vault toilets available at the lot. There was a warning sign at the trailhead saying there have been many incidences of vandalism in the parking lot. Thankfully a policeman was on duty in the lot for the duration of our hike.