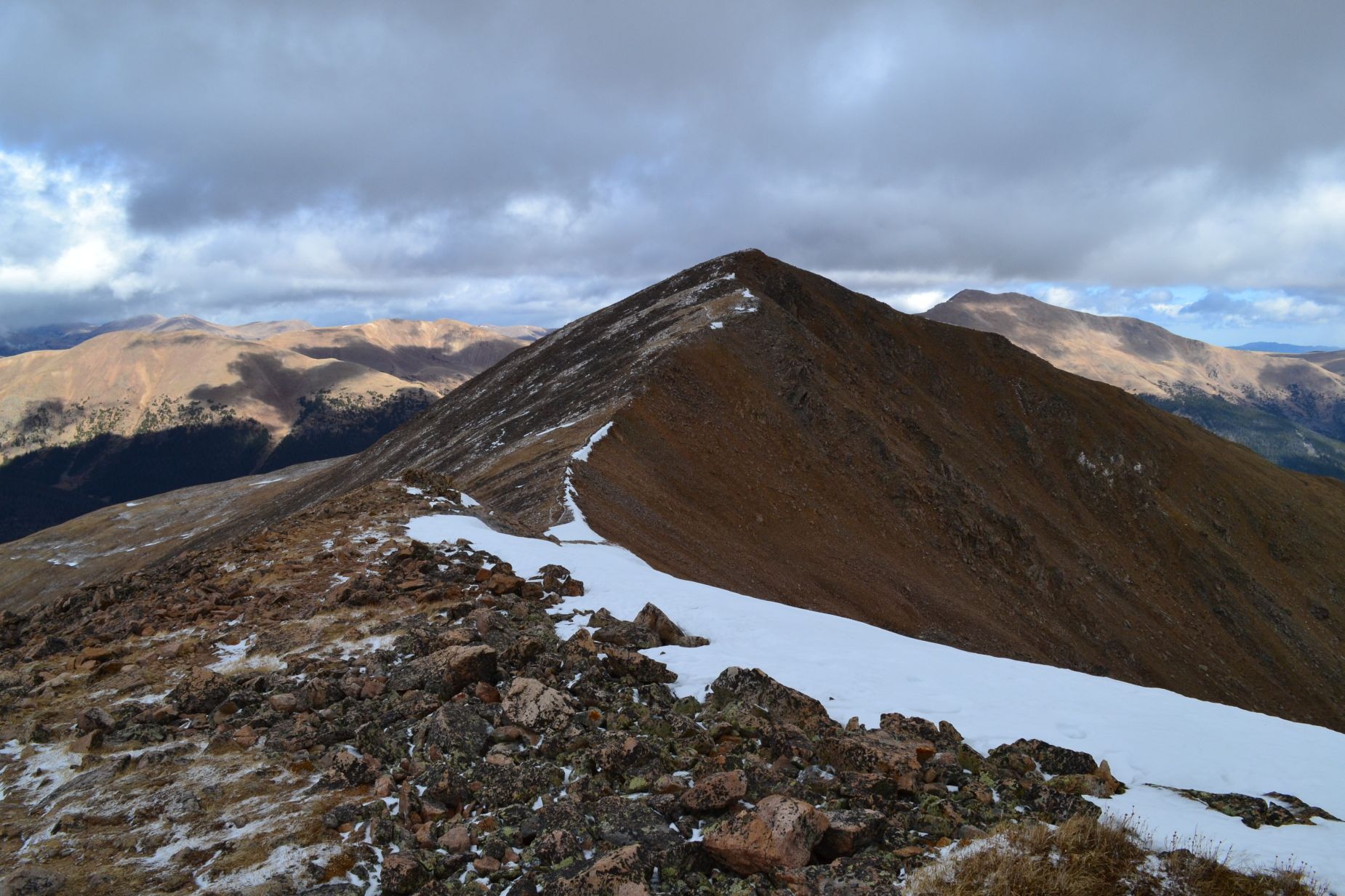 We’ve driven by this unassuming peak on numerous occasions on our way up I-70 towards other mountains and adventures. Most of the time, we fail to even notice Sniktau as we focus our attention on 14ers, Gray and Torreys or lately, at the smattering of early season snow at Loveland. Nonetheless, Mount Sniktau is a ranked peak that hovers above 13,000 feet. With little time for a longer trek, we opted to give this short 13er hike a try last Saturday, October 29th. We began our journey from the small parking lot at Loveland Pass at approximately 11,990 feet above sea level. The lack of earlier season snow and unseasonable warmer temperatures resulted in a mostly dry trail for the majority of our hike, though the temperatures were quite cool as expected for late October. We began the hike by walking up a short set of stone steps followed by a quarter to half mile of steep sandy trail. Though the hike is only 3.8 miles RT, there is a significant amount of elevation gain in the short trip to the summit. Seen below are photos of first portion of the hike. Notice, you can see the one ski run currently open at Arapahoe Basin. 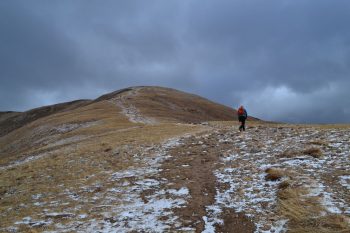 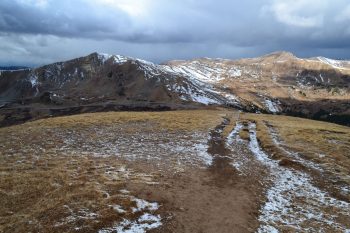 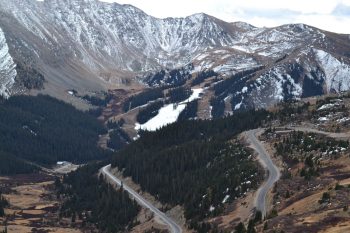 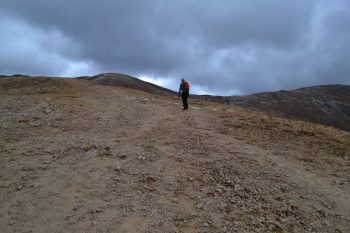 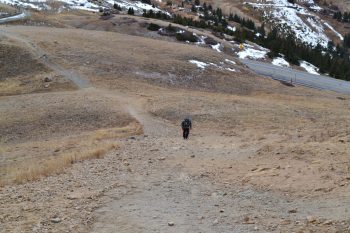 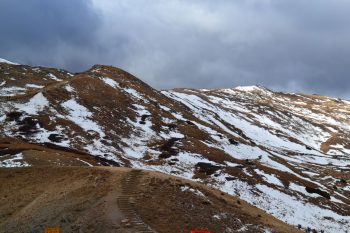 Unfortunately for us, dark snow-filled clouds begin to quickly engulf our route as we reached the first set of rock wind shelters and brief flattening of terrain. Our timing for reaching these shelters was perfect, as gusts of strong wind and sleet/snow began to fall. We were essentially sitting among rocks in white-out conditions. Several parties 10 minutes behind us turned around. We decided to wait for 10-15 minutes to see if conditions improved so we could continue to the summit or at least avoid an uncomfortable hike back to the car. Our patience ended up greatly rewarding us as hints of blue and warmth from the sun emerged to greet us after a short wait. With visibility on our side once again, we continued onward and upward. Seen below is the view to south where Grizzly peak can be found and the first glimpses of the false summit after the storm cleared (photos top to bottom). 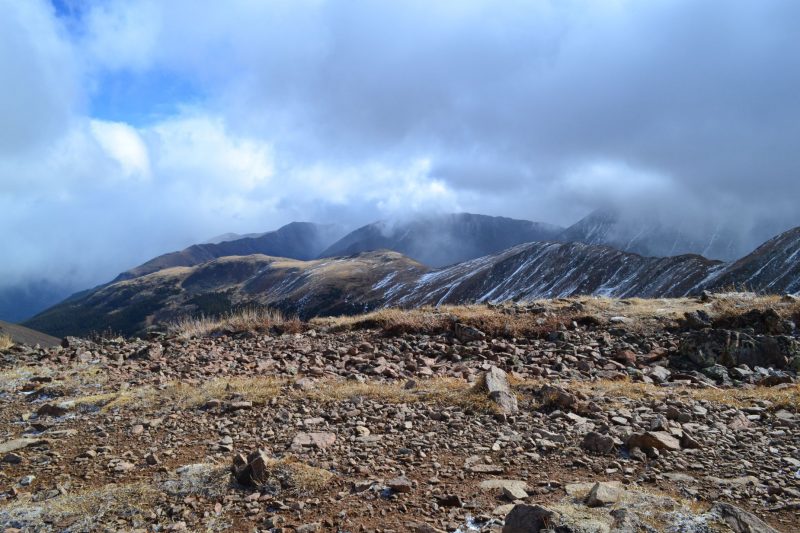 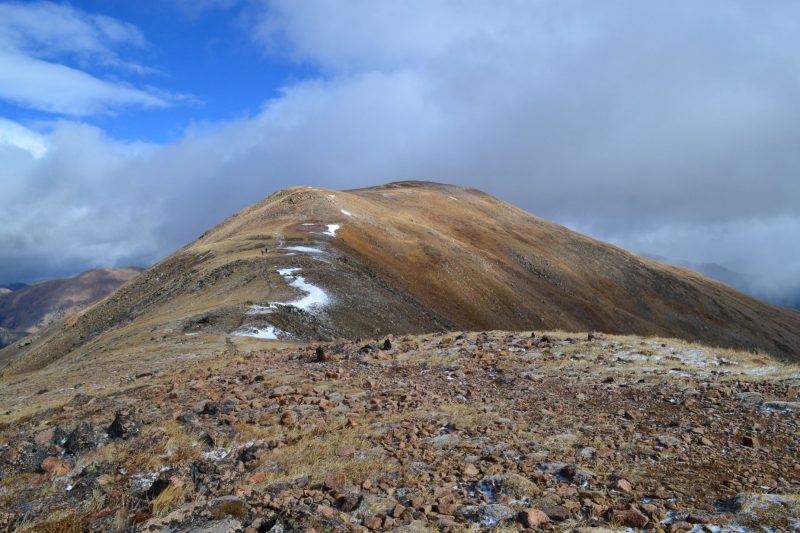 Though we could see our path, the winds were now relentless on the ridge walk. Gusts of near 50-60 mph frigidly blasted us as we pushed our lungs and legs up the moderately steep incline. Thankfully, there were not steep or sheer drop offs to fear on this easy summit attempt since we held a genuine fear of being blown over. As we reached the top of the false summit, we found the first hints of snow among the rocky outcroppings of the trail. It was not enough to require the effort of putting on microspikes, but brought us hope that we may begin to see some normal weather soon for this time of year. There was another wind shelter on the false summit that we sought refuge in from the wind once again. Though it was filled with wind blown snow, it provided a bit of relief. Below are photos from the false summit and the interesting weather patterns we witnessed while on the peak. 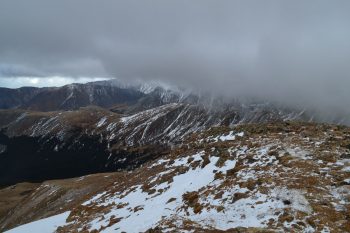 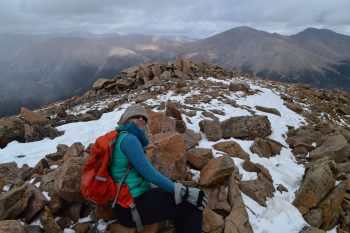 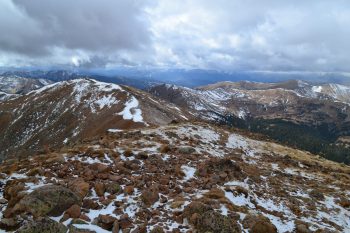 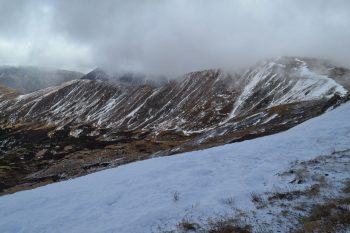 From the false summit, we made the decision to embrace the gnarly winds and brave the summit. It was only a short, steep jaunt away. We had to briefly descend into a saddle and then regain some of the elevation. Within 15 minutes, we were on the summit. We saw spectacular views of Grays and Torreys but unfortunately also of I-70 to our north. We spent an ever so short amount of time on the summit due to cold temperatures and winds but at least we had it to ourselves. 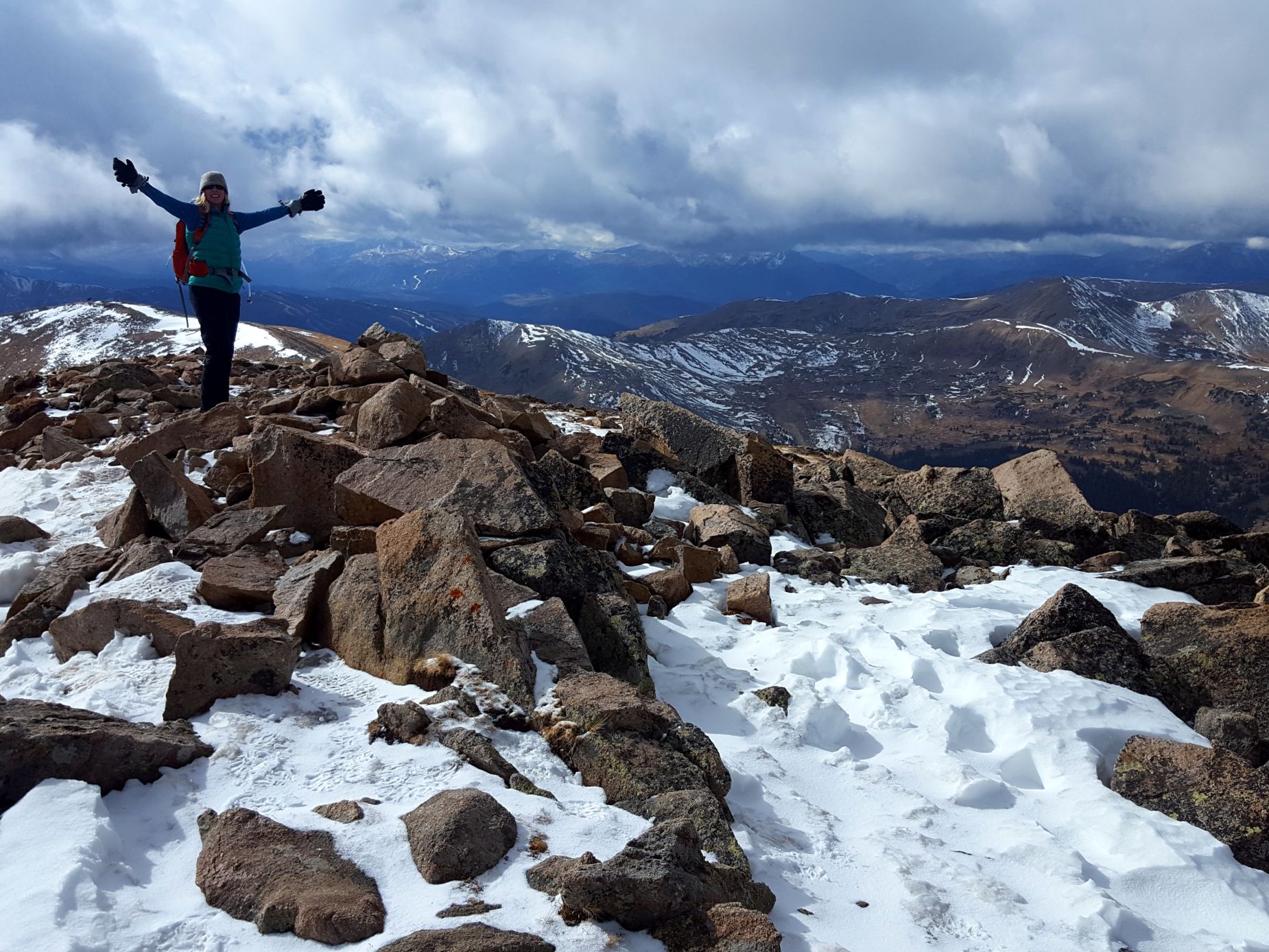 The hike to Mount Sniktau proved to be beautiful, short, and adventurous. Despite the lack of complete detachment from society that Mount Sniktau offered, it still provided a quick high altitude mountain fix. With the weather we encountered, it morphed from what could have been an uneventful hike, into an alpine enterprise that reminded us of why we pursue these treks as often as we can. Overall, we hiked about 3.8 miles and gained around 1,600 feet in elevation according to our GPS. If you have the time for a shorter, alpine hike to tag a 13er, Mount Sniktau isn’t a bad way to spend the day.