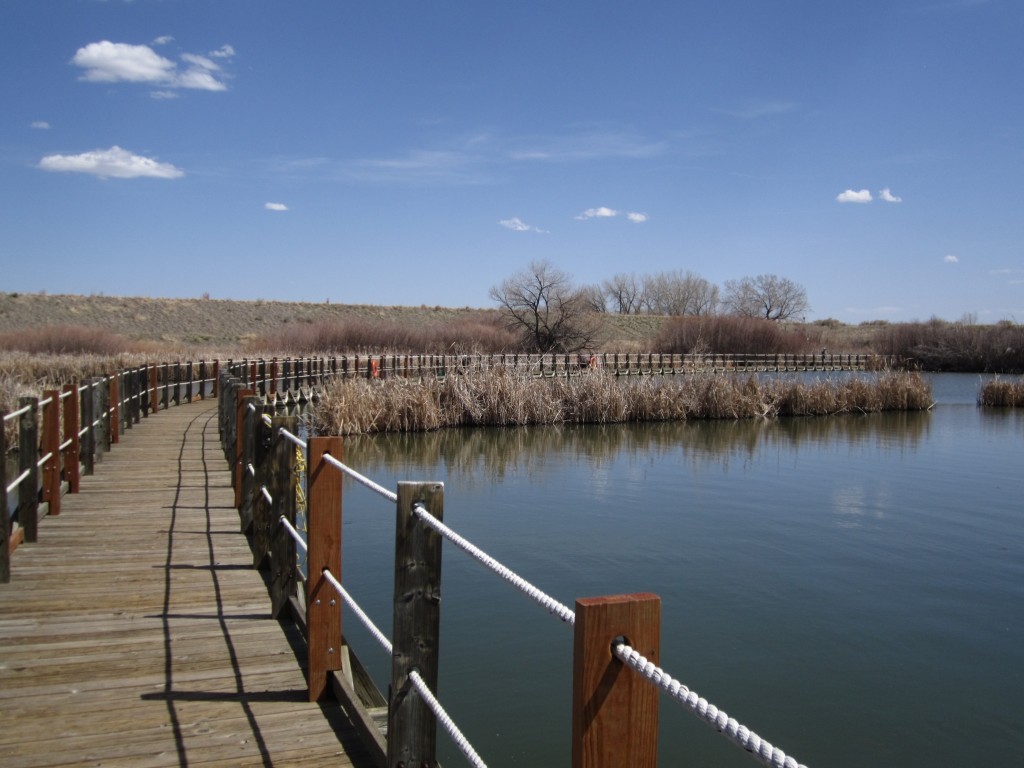 “I take a walk..take a walk… take a walk…take a walk …ohhh…ohhhh” In accordance with the lyrics of  Passion Pit’s latest catch, sometimes that’s all we really need to do. And so I begin in this inaugural post our quest to walk…..the plains in the rain shadow of the Rockies, the meadows with wildflower in the foothills, and to the crystal clear lakes and streams of the mountains.  We wish to share our on foot journey to some of the proclaimed “best hikes” in and around the Denver and Boulder area.

Being new to the Colorado scape, we have been counting the days until the sun melts the snow and warms the ground bringing out flora and fauna. With the official day of Spring here and gone, snows have continued to come down sporadically this April, thus we chose our first adventure to visit the plains at Rocky Mountain Arsenal Wildlife Refuge for milder temperatures and no snow. And, with the refuge being located only 15 miles from downtown Denver, the hike could be started in early afternoon.

RMAWRC is quite an intriguing bit of land with an interesting story behind it.   Apparently, after the bombing of Pearl Harbor, the US Army used the land for a chemical weapons plant. After threats ceased after victory in World War II, the Army leased the land to companys for the generation of agricultural pesticides. In the early 1980’s, after a cleanup effort was started on the land, a group of bald eagles was found living in the area. This prompted Congress to designate the area as a national wildlife refuge. Though this park is said to be a “work in progress” , it is now home to over 330 species and offers a range of ecosystems to explore.

We began our day by checking in at the visitor’s center near the entrance to the refuge. The center  offers a neat museum providing history of the site as well as an overview of wildlife that can be seen on the 15,000 acre refuge. After that, we hopped in the car and headed over to the Lake Mary Trail head. Lake Mary is a small man-made lake stocked with fish. It was said that the lake was originally built to allow for fishing for officers and their children. Even today, the refuge allows for fishing with a catch and release program. We began by walking down a hill to the lake. After reaching the lake, the trail turns into a floating boardwalk. This was a really neat beginning for our hike. The set of up of the trail allowed us to see a wide variety of organisms native to the wetlands. 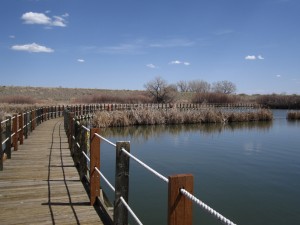 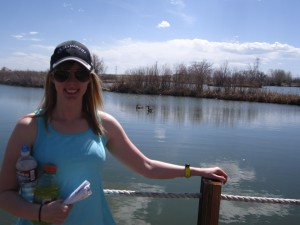 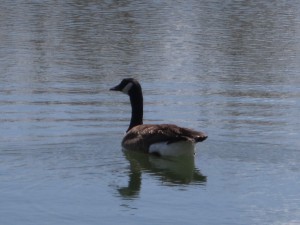 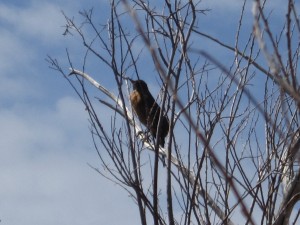 The top left picture shows the floating boardwalk and the bottom left is a shot of a Canadian goose, which were very prevalent on Lake Mary and Lake Ladora.  The bottom right is an American robin, which we spotted at Lake Mary.  We also saw Mallard ducks, many Red-winged black birds, and numerous Meadow larks.  The larks and black birds were singing the whole while we walked and kept us company.  We also spotted a Red Tailed hawk while on the Wilderness Drive.  We plan to go back with a better telephoto lens for the camera and try and get some shots of American Bald eagles which are common the refuge. 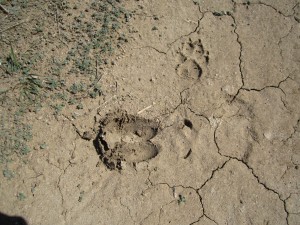 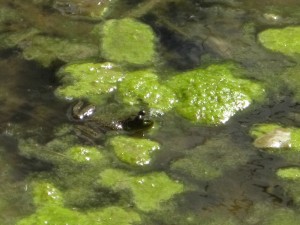 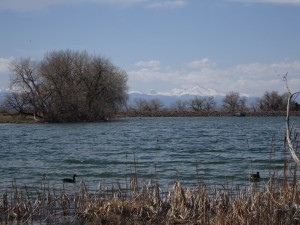 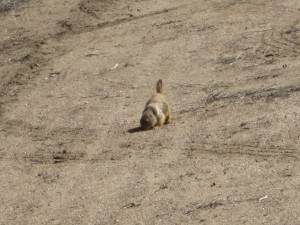 Our walk led us around Lake Ladora, which is a large lake.  On the hike we found signs of animal activity as seen in the top left photo.  There are no dogs allowed at the refuge, and those are coyote tracks above the Mule deer tracks.  Amphibians are common as well, and we found a large Bull frog in a small pond with numerous tadpoles.  The view was amazing with the lake and the Rocky Mountains as a backdrop, as you can see in the bottom left picture.  After we were done hiking we drove around the park on Wildlife Drive and saw a couple large Black-tailed prairie dog towns.  In the bottom right picture you can see one curious prairie dog along the side of the road.  The drive leads you into the Bison enclosure; however, we could only see the bison with a spotting scope and couldn’t get a good picture (maybe next time).

All in all it was a very pleasant hike and we plan to return.  There is no water on the trail so if you decide to visit make sure to bring a backpack with water.  Since the area is high plains there isn’t much cover from the sun, so bring sunscreen.  The morning is supposed to be very active with wildlife and in the evenings you can hear the coyotes, but even in the afternoon there is still quite a bit of activity.  Check out the link below to visit the very nicely maintained website for the refuge!