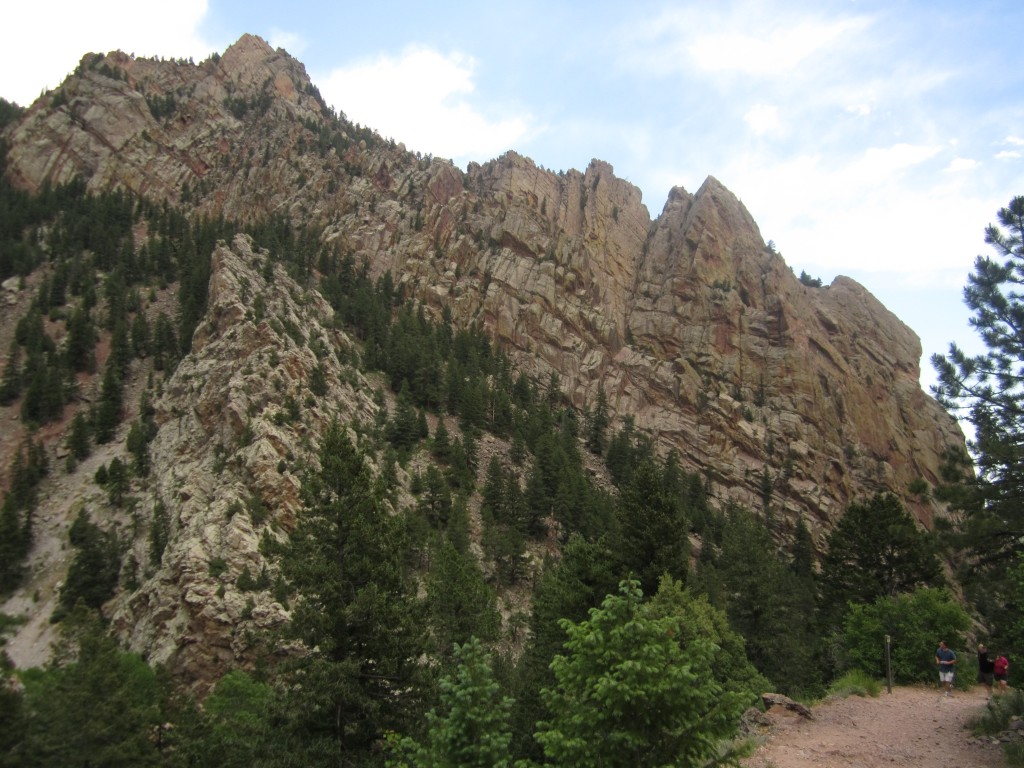 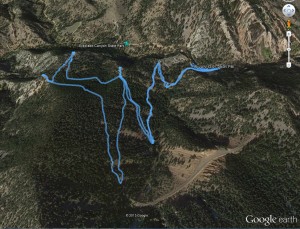 “Happiness is not a state to arrive at, but a manner of traveling” Margaret Lee Runbeck

In addition to a swift trip down Clear Creek this weekend, we also managed to squeeze in a hike on Saturday morning near the lovely quaint town of Eldorado Springs just south of Boulder nestled below the Eldorado Canyon.  We followed 170 also known as Eldorado Springs Rd. off of 36 N and proceeded until the road turned to gravel and dirt. As we approached the small town, once a renowned vacation destination in the early 1900s known as “the Coney Island of the West”, it felt as though we must be trespassing. The few shops and homes there are closely connected and shaded by a canopy of trees and gives off the vibe of a private little community. To the right is South Boulder Creek as well the historic artesian spring fed city pool which was opened in 1905. From there, the narrow gravel road runs into the entrance to Eldorado Springs State Park. For an 8 dollar fee (8 dollars per car, 3 dollars on foot), we entered the park and followed the road alongside the waterfalls and white water of the creek to a small parking area near Fowler Trailhead. The Fowler trail or nature walk consists of about 0.7 miles of trail (one-way) with 12 marked points of interest along it. A brochure describing each stop can be found at the trailhead. We only followed Fowler Trail for a brief while and thus only saw a few of the points of interest one of which included a fake rattlesnake curled up on a rock. Upon first glance, it was quite jarring. Shortly into the nature walk, the trail diverges, and we proceeded onto the Rattlesnake Gulch Trail. Seen below is most of our group at the Fowler Trailhead, the park entrance, snakes and mountain lion warnings!

This trail is rocky and steep, and led us steadily upwards for about a half mile before descending into a gulch. From there, we proceeded up a series of switchbacks on the south wall of the canyon which kept our legs quite warm. Parts of the hike were shaded, but as we ascended up the mountain, there were large bouts of trail that were exposed providing exquisite views of the Cadillac Rock formations. Photos from these famous climbing rocks taken during our ascent can be seen below. 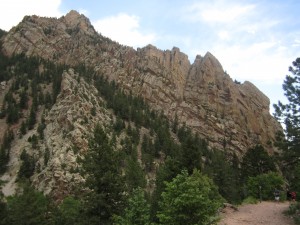 The first point of interest occurs at about 1.2 miles into the hike. As we finished a climb up a switchback, we were greeted with the ruins of the old Crags Hotel. The hotel was built in 1908 and provided nice accommodations and entertainment for guests. The hotel only remained here until 1912 after which it burned down mysteriously. Though few ruins remain of the hotel, it is still an interesting place to explore. Quite impressively early travelers managed to get automobiles up the narrow Rattlesnake Gulch Trail (Crags Boulevard) to reach this hotel.  Our group stopped here for a few photos and exploration which can be seen below. 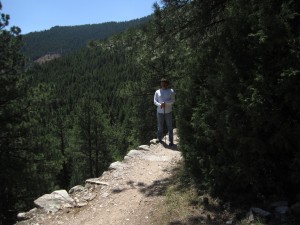 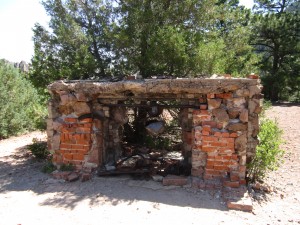 At this point, we followed a spur that led us a short way to the Continental Divide Overlook. Though the hike leading up to this second landmark was taxing, the cool breeze that greeted us at the top was wonderful as was the scenic wonder of the mountains and park. We spent a good deal of time here taking pictures and looking over the vertical ledge that surrounds the Overlook. Photos from the Continental Divide Overlook can be seen below. 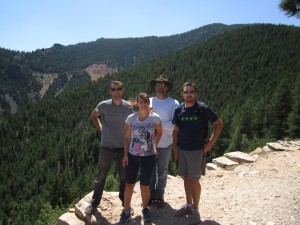 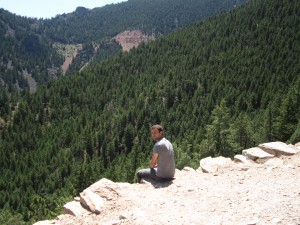 After resting and enjoying the Overlook, we were then faced with the option of returning the way we came or making the loop around the entire Rattlesnake Gulch Trail which eventually returns to the Crags Hotel Ruins. Of course of our group kept going! And we were very glad we did. As we trudged along and started to get a little hungry, Kathleen noticed a small trail that went up a hill. Curious as to what was on the other side, she proceeded to run up the hill and report back. We then all followed and were greeted with a great open space view of the countryside. From there, another short path led straight upward to what appeared to be a large set of rocks or boulders. What we didn’t realize was that once you climbed up to these and looked over, it was a straight drop off. We all made the brave effort and climbed up on the rocks to seize the spectacular views and feel the adrenaline rush of staring down 700 feet. While some of the group chose to simply enjoy the views quietly and calmly, others seized the opportunity to imitate their favorite bodybuilder….or Thor. We are still not quite sure. See photos below. 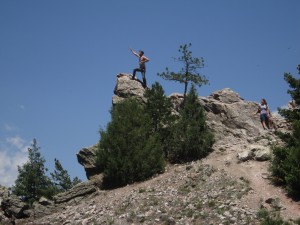 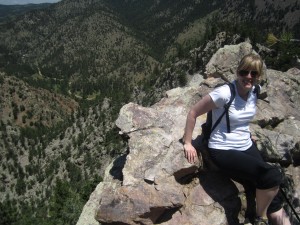 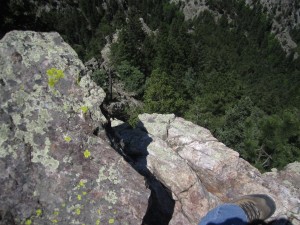 We concluded our hike by completing the loop and heading back down the trail to Fowler. We knew we were getting close as the roaring sounds of the churning creek water drifted through the trees. Once we got back onto the Fowler Trail, we paused a few moments and enjoyed the views from the nature walk and reflected on the hike. We thoroughly enjoyed our morning in Eldorado Canyon State Park. The hike was moderate but a good workout nonetheless and also provided rewards for our burning legs. We would love to return and picknick along the banks of the creek or try our hand at fly fishing again. Come check this one out if you are in the Boulder area. Bring cash if you plan to drive in and get there before 10 am on the weekends to get a parking spot and avoid the crowds. Oh, and despite the name “Rattlesnake Gulch”…not too many rattlesnakes are spotted here anymore. A park employee said he had not seen one in two years..

2 thoughts on “Eldorado Canyon State Park Hike: “The Coney Island of the West!””